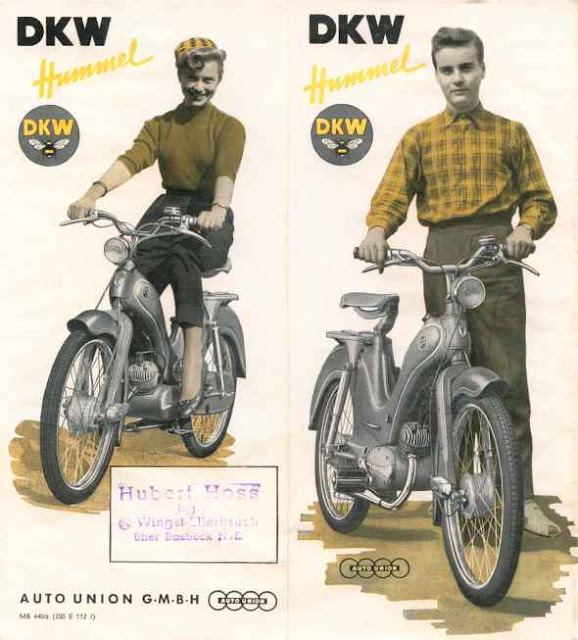 In an act of impetuousness I have purchased a 1957 DKW Hummel moped. It was a very sudden decision without much thought. I'd always wanted a DKW motorcycle but could never really justify the expense as I hardly ride my motorcycles these days, but this bike became available for a cheap price so I just said yes. I don't really expect to ride the Hummel. They were scarcely very powerful machines in their day and really can't keep with modern traffic. But they are pretty little bike and you could always pedal it if in a bind. 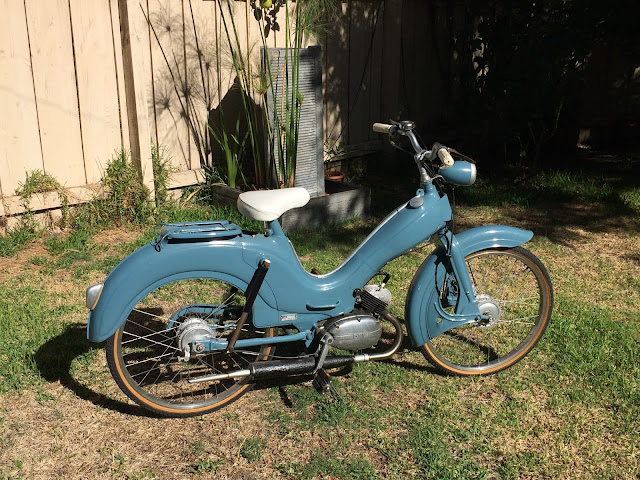 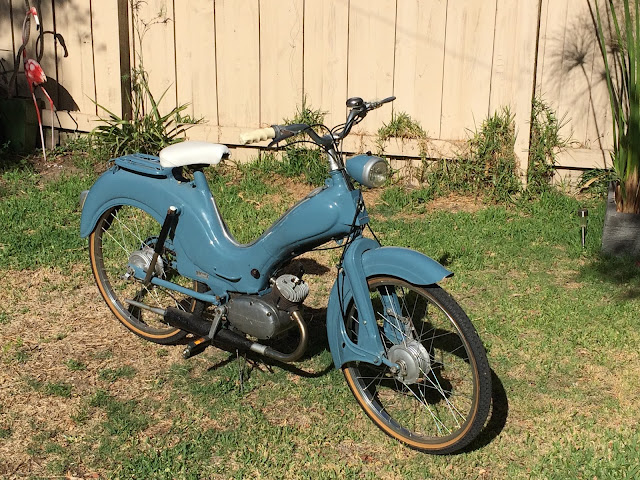 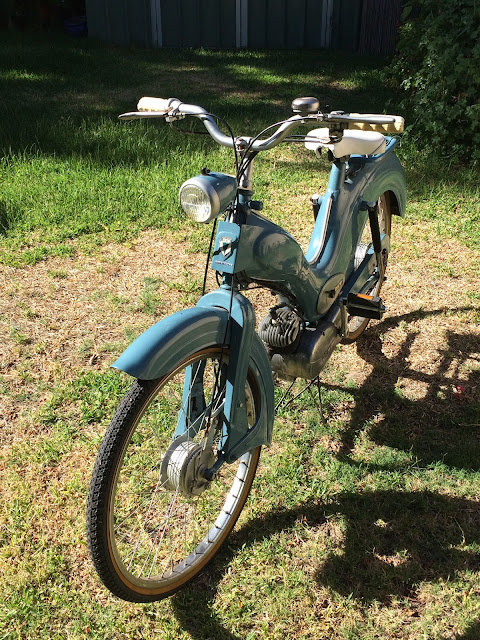 My Hummel has an interesting history. It was bought to Australia by Willie Siroen when he emigrated from Holland back in the 1960s. It didn't really get any use over here so he sold it. Many years later he began restoring old cars and built up a fantastic collection of Studebakers and DKWs. About ten years ago in a fit of nostalgia he followed up an advert for a DKW Hummel and was surprised to discover that it was actually his old bike. He bought it back and restored it. It never got much use of course but made a fine display in his garage. 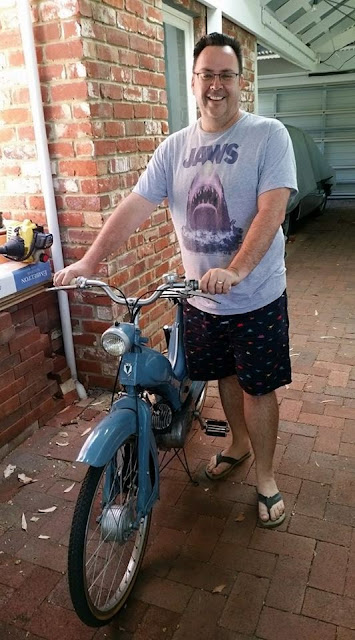 I am very pleased to be the bike's next custodian.

Here are some useful links:

Posted by Paul Markham at 6:14 PM No comments: