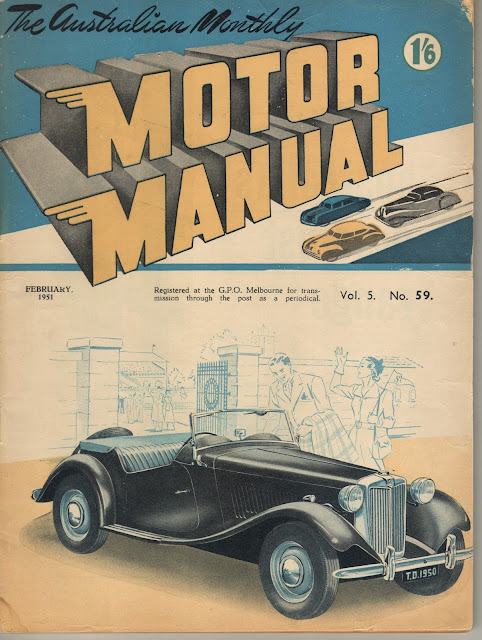 Australian Monthly Motor Manual was a technical magazine from the 1940s through to the 60s. Occasionally, new vehicles were reviewed or premiered, as with this February 1951 edition, which announced the imminent arrival of the Tatraplan on the Australian market. One Tatraplan was displayed at the Melbourne Motor Show that year, but the expected vehicles were delayed and did not arrive until late in 1952. It is believed that 12 Tatraplans were shipped to Australia. By the time they had arrived the Tatraplan had stopped production, which did nothing to encourage sales. As noted in the Motor Manual below, the Tatraplan was quite expensive at 1475 pounds (in Melbourne. It was 25 pounds cheaper in Sydney). At least one of the Tatraplans made it to Perth, but it's certain that it went east in the 1990s as a restoration project. My Tatraplan was one of the original 12 cars and lived most of its life in Melbourne. 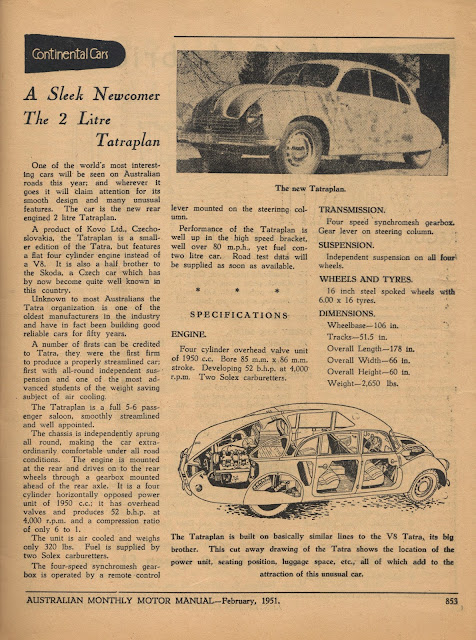 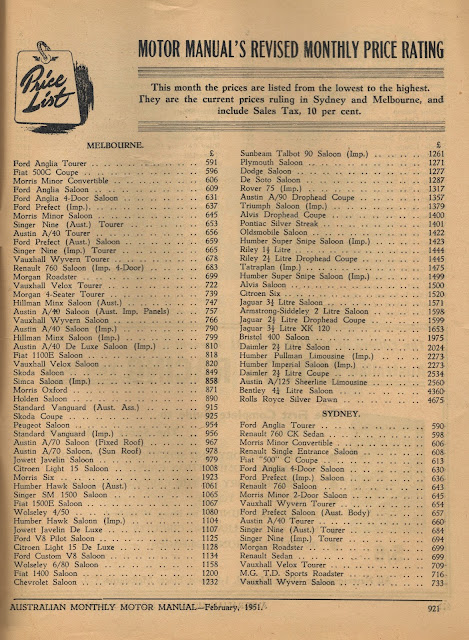 Posted by Paul Markham at 8:07 PM No comments: