The Arthur Grady Ride and Display is an extremely popular event with over 200 bikes from all eras taking part and lots of interest from the general public. The event celebrates the feats of Arthur Grady who in 1924 became the first person to ride a motorcycle around Australia. He set off from the Fremantle Town Hall returning five months later to a rousing reception and a place in the history books. 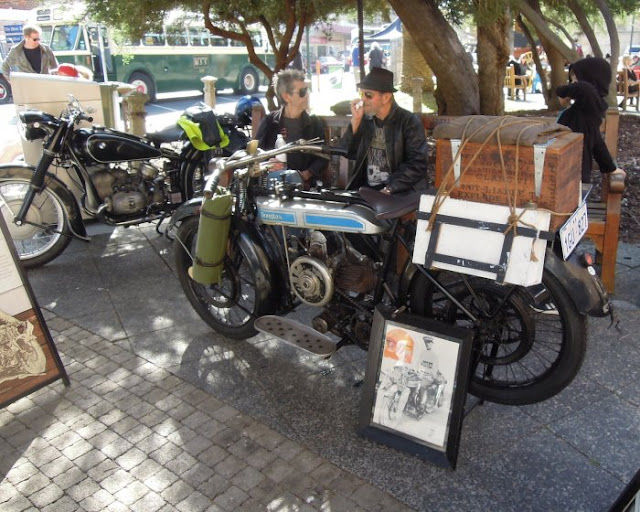 The day will feature a running replica of the bike Arthur rode on his epic adventure as well as lots of information and pictures of his ride. 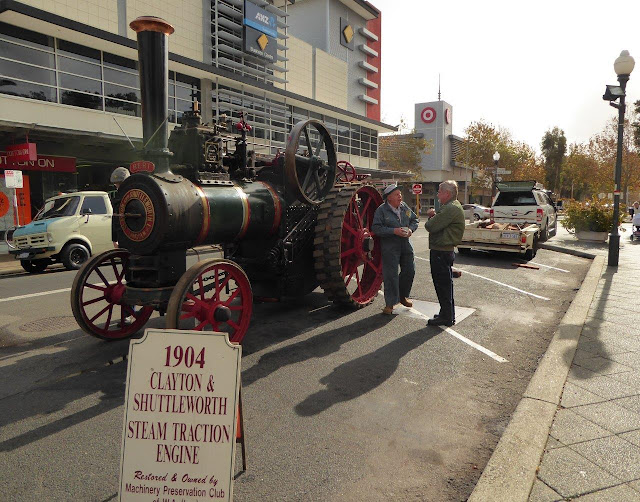 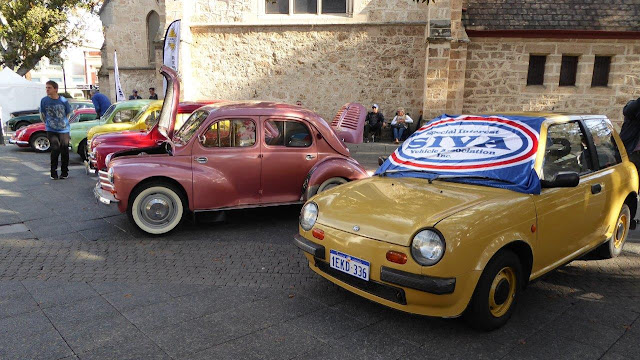 The centre of the event remaina the motorcycles and the area directly in front of the town hall was set aside for pre 31 bikes. 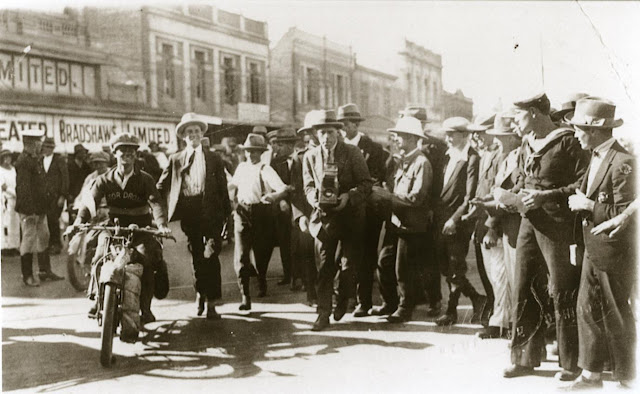 Running order for the Day
Parking Instructions
Any one bringing bikes/displays/other vehicles to Kings Square on trailers, in vans or utes that will need to drop off in Kings Square prior to 11:00hrs 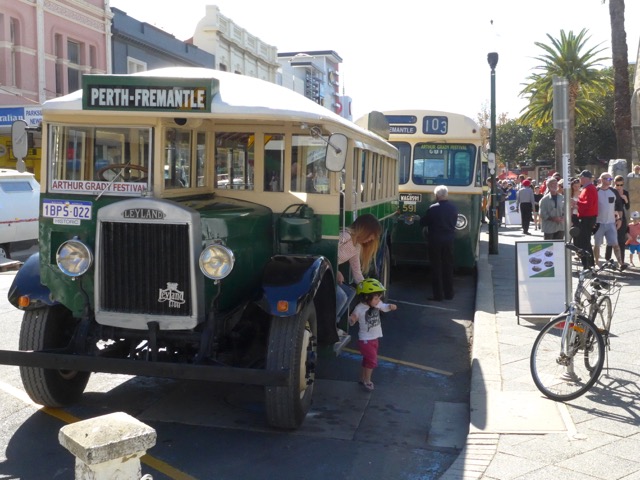 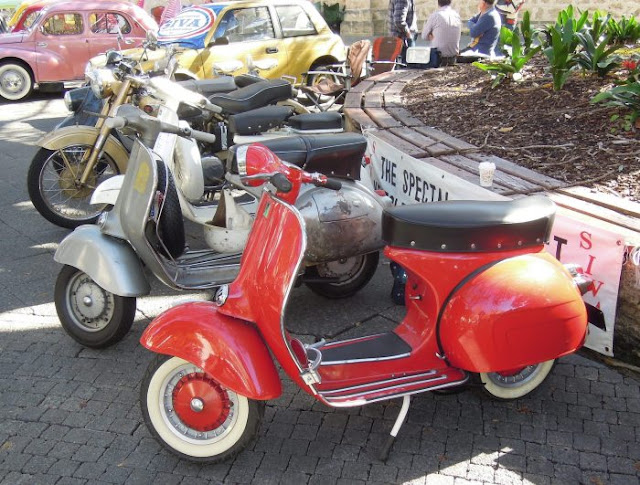 The Arthur Grady Ride
This year will see the return of the Arthur Grady Ride. The ride is open to all pre 1955 motorcycles.
Riders to assemble in William Street (beneath the Town Hall Clock) the ride will depart at 11:30hrs. We will ride out of Fremantle along the river to Leeuwin Barracks, returning via Victoria Quay, Cliff Street, Marine Terrace, South Terrace , The Cappuccino Strip, return to Kings Square. A route Sheet will be available on the day. 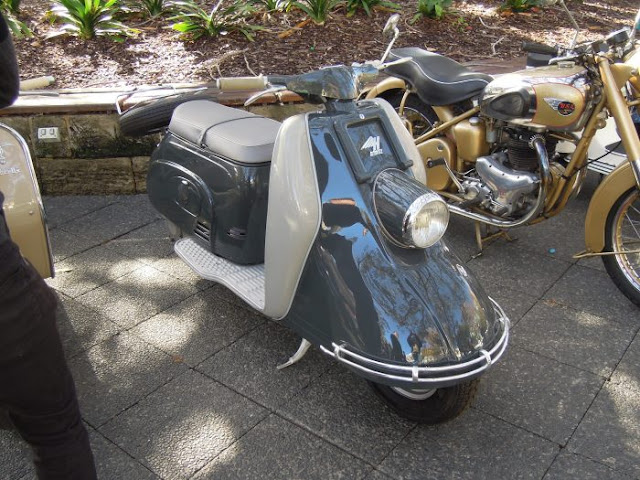 Posted by Paul Markham at 10:53 AM No comments: