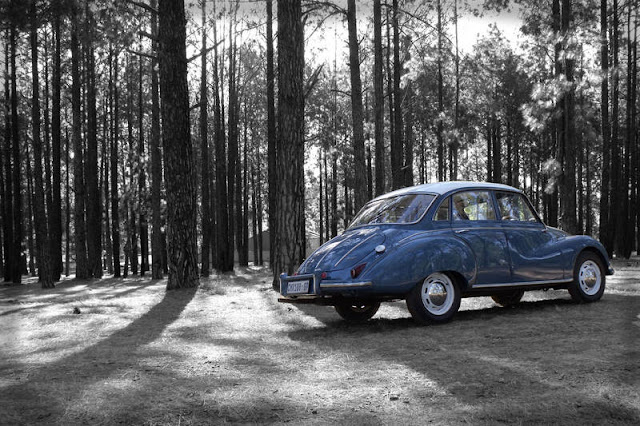 After almost three months the DKW is finally on its way. The lengthiest part of the process was obtaining the import approval from the Commonwealth Department of Infrastructure. The usual timeline for processing an application for import approval is between four and six weeks. In my case it took slightly longer at seven weeks, but I guess that's within an acceptable margin.
http://www.infrastructure.gov.au/roads/vehicle_regulation/bulletin/importing_vehicles/general/index.aspx

The time it takes to turn around an international car sale certainly makes it an unattractive proposition for the seller. Without Marcelo's patience and willingness to help this process would have been impossible. He assisted with organising the South African police clearances, insurance, vehicle inspections and valuations as well liaising directly with the shipping agents. Thanks Marcelo for all your help.

For shipping I used Cargo Online, who were also very helpful. Thank you Scott for your advice. http://www.cargoonline.com.au/. Most of the legwork was done by Maurita of Lochhead White and Womersley Pty Ltd in Durban, who co-ordinated things on the South African side. Thank you Maurita for all your good work.

The cost of shipping from Johannesburg was almost half the price of the car as vehicles need to be shipped in a container, which inevitably requires specialised handling with all associated costs. It's much cheaper to ship as 'roll-on,roll-off' cargo from ports so we arranged to transport the DKW on a car carrier from Johannesburg to Durban. The car was picked up in Johannesburg on Monday 16th January and dropped off in Durban on Wednesday 19th. As long as there are no delays with the ship, she will be loaded on the MV Tijuca on Thursday or Friday. 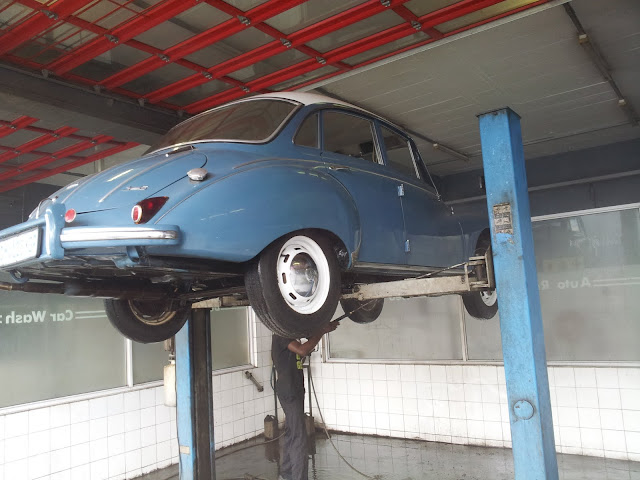 A week prior to pick up the DKW was steam cleaned to remove any dirt from the underside. 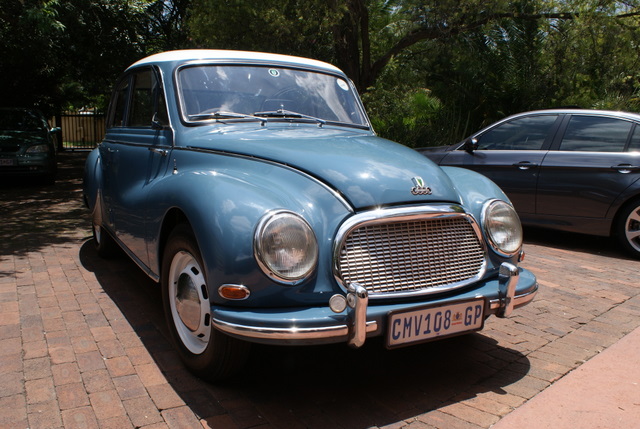 The final inspection before shipping at Marcelo's house. 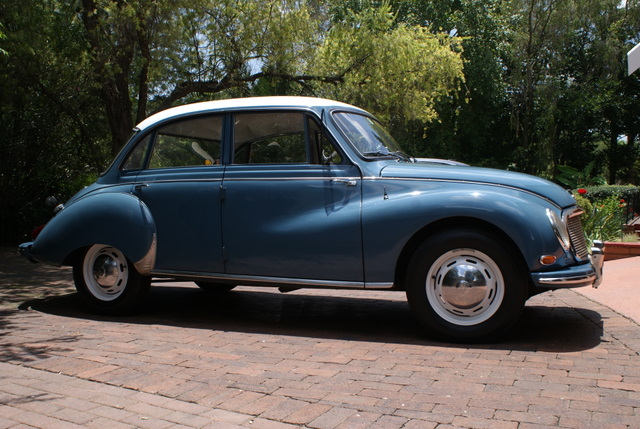 Photographs and a vehicle condition report noting any scratches and scrapes were provided to the shipping agent for insurance purposes. 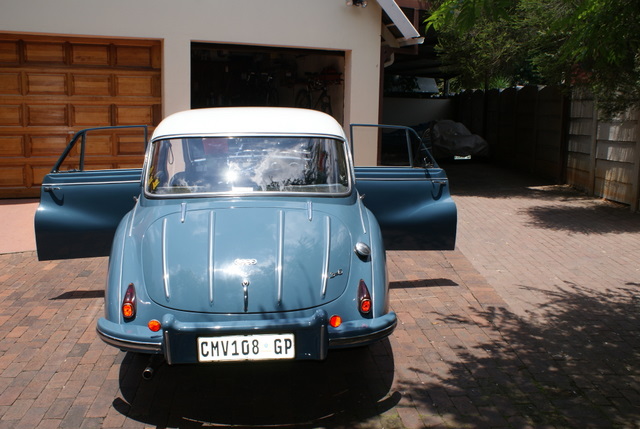 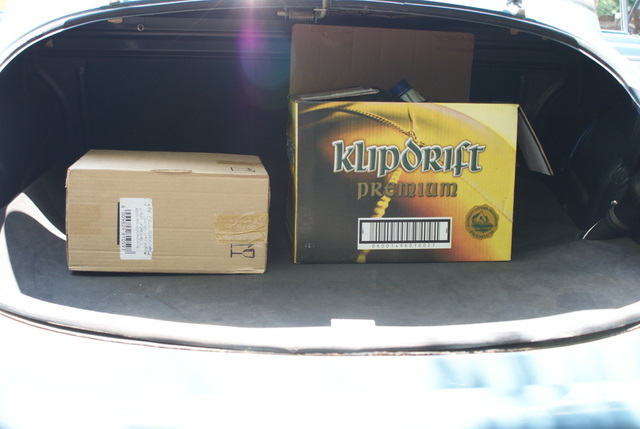 Two boxes of spares and manuals in the boot. 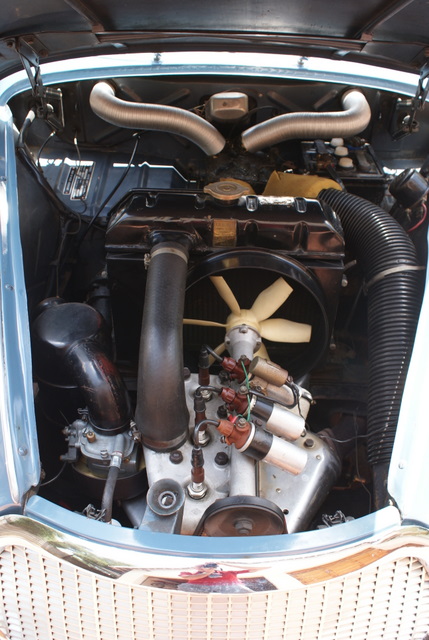 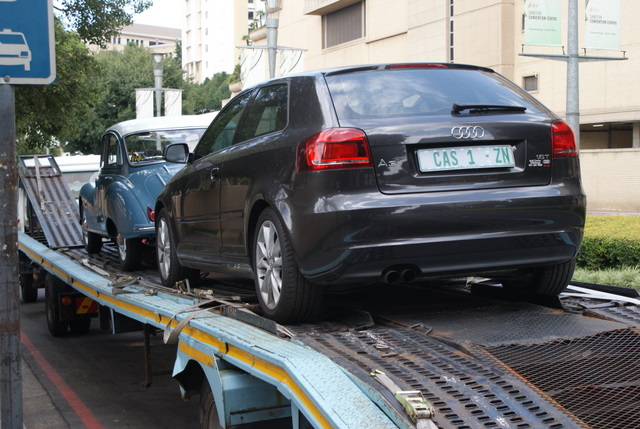 The car goes onto the carrier. It's with no little sense of irony that she shared the journey with a new Audi! Now I just hope and pray that the Tijuca doesn't hit a rock or an iceberg.
Posted by Paul Markham at 11:40 PM No comments:

Merry Christmas! Happy New Year! Welcome to 2012. I'm looking forward to an exciting year ahead. The long awaited DKW is due to arrive at the beginning of February. Importing the car has been a long and tiring exercise - not least for the seller - but its almost over now. I'll write up a summary of the process and its challenges shortly. 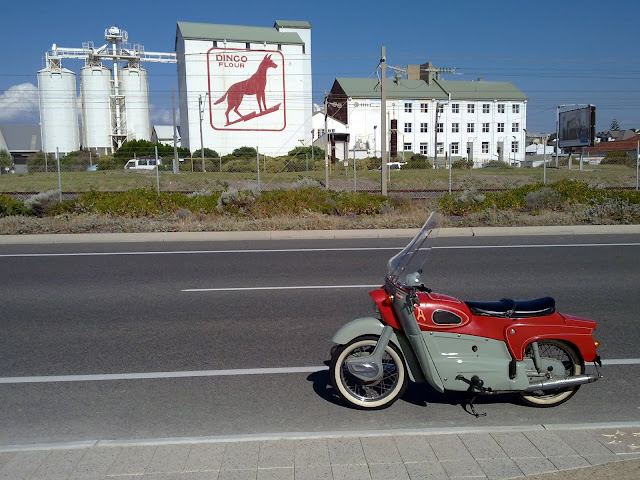 Outside the iconic Dingo Flour building in Leighton.

After several weeks of unseasonably wet weather the Christmas and New Year were days of glorious sunshine so I tuned up the Ariel and took her out on a couple of long runs to Fremantle, up the coast and around the river. It was a real pleasure to be out on the road and the bike ran like dream. Whenever I stop when I'm out with the bike people always come over for a chat, even on a run up to the local shops. Of course I enjoy the chat. It's always a pleasure to share the interest with people. 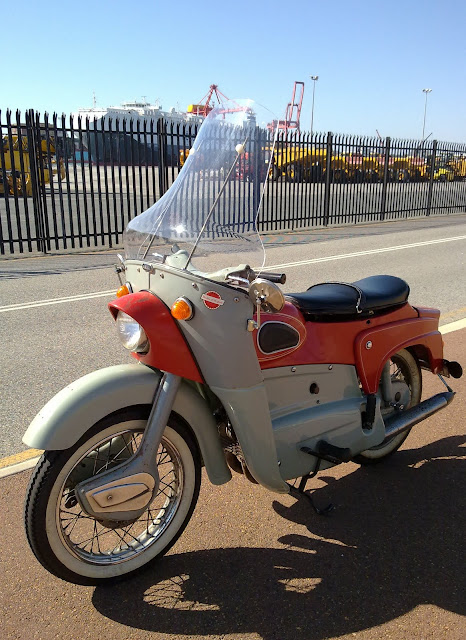 I often ride past the port where the roll-on roll-off ships berth. At Christmas the 'Hoegh Africa' Autoliner was in port delivering a load of heavy industrial vehicles and what looked like a fleet of Hyundai's. I stopped to watch the ship leaving port and wondered whether the Deek would be hitching a ride shortly. 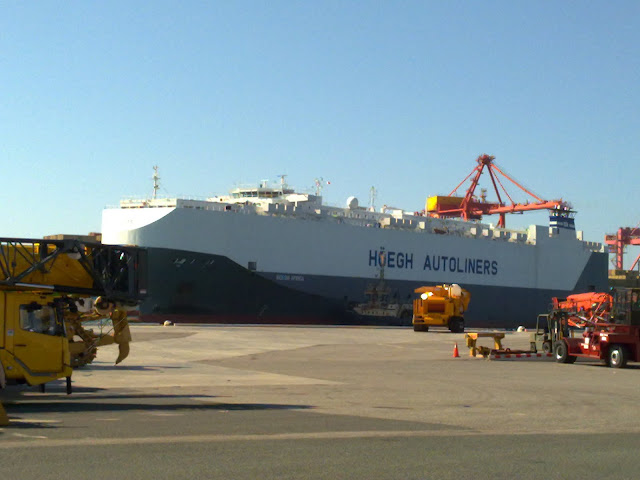 The following week I got my answer - No. The Deek was booked on the MV Tijuca, currently on route from Southhampton, UK to Port Elizabeth, South Africa with a load of luxury cars aboard. After Port Elizabeth she will stop in Durban on the 20th of January where she picks up the Deek and heads across the Indian Ocean. 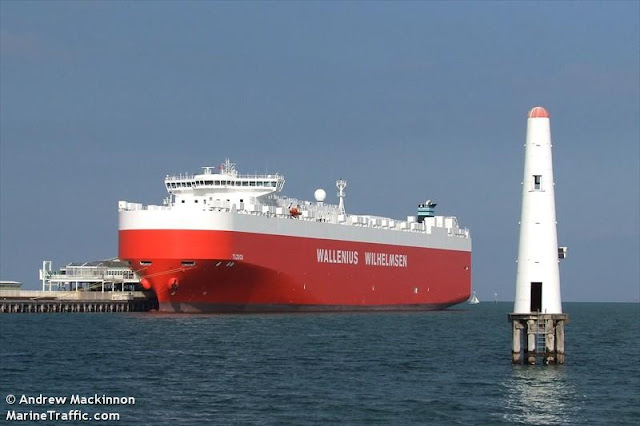 Here is a handy link that actually gives the GPS co-ordinates of the ship.
http://www.marinetraffic.com/ais/shipdetails.aspx?MMSI=259805000
On 16th of January she was off Cape Town, South Africa. 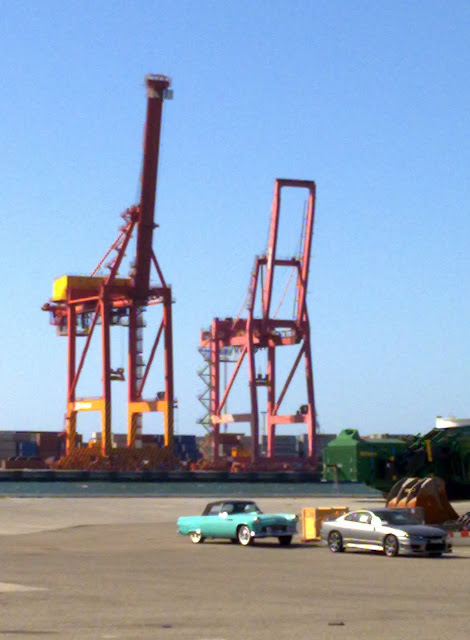 As I rode along I noticed this Ford Thunderbird parked dockside. I wonder if its a recent arrival or is awaiting shipping? I'll have to keep an eye out for it at Big Al's Poker Run this February. http://www.bigalspokerrun.com.au/index.html

"And during the meanwhilst..."*
Sadly the Ariel is the only one of my machines fit for the road. The Troll broke down again shortly after I got it back on the road. Firstly the steering started to become unstable. At only 70 kilometres per hour the front end shuddered disturbingly, but there did not appear to be anything obviously wrong. I was about to take the Troll back to the Vespa Shop for a thorough going over but then the kickstarter broke and she wasn't going anywhere.

It took a couple of months to get the Troll dropped off at the Vespa Shop and then, after diagnosis (sheered teeth on the kickstarter damaging the gearbox), it's taken almost two months to source the replacement parts. I'm hoping the Troll will be back on the road by February as I want to drop the Ariel off for a bit of tender love and care.

The Vespa has been off the road even longer than the Troll. It is now most definitely displaying all the signs of a poor quality Asian restoration. Almost all of the 'chrome' has degraded to rust - despite the Vespa having hardly been on the road and always stored under cover in my garage. Poor quality shabby reproduction rubbish!

More seriously the rear wheel is dangerously loose making the scooter unroadworthy. According to Ivo at the Vespa Shop this is a common problem in Balinese and Vietnamese restorations and is due to the use of poor quality materials that are not designed to bear the kind of forces associated with road use. I found this out to my surprise when I replaced the Vespa's exhaust back in 2009. Instead of correct sized automotive parts, the exhaust was held on by roofing bolts which where the wrong size and packed out with washers. Even the engine and rear axle is mounted using a jumble of household odds and ends. They might last for a while - two years in my case - but they always fail and if it fails on the road the results can be catastrophic. Ivo has seen this dozens of times and it infuriates him as it only takes a small effort to use the right quality parts to avoid this issue in the first place.

If you own a Balinese or Vietnamese Vespa I can only suggest you get it properly checked over.
For a great insight into dodgy Asian Vespa restorations go no further than Brett's blog - The 71 Sprint V and Me - http://71sprintveloce.blogspot.com/

This is not to say the Vespa is a write-off. It still runs pretty well and remains a handsome machine. When I get the time and money I'll have her fixed up so that it's road safe and then I'll sell it. I really don't have the space or time to ride it anymore.

And finally there's the Heinkel, which remains in stacked in a pile of boxes at the Vespa Shop. For a variety of reasons neither the guys nor myself have attempted to tackle the restoration. I think I'll bring it all home again shortly and put the project on ice for the time being. With the DKW due in shortly I expect I'll be busy over the coming months. As crazy as it may sound, the cost of the DKW including shipping, is probably on par with what it would end up costing me to complete the Heinkel restoration! http://www.vespashop.net.au/
Posted by Paul Markham at 9:12 PM No comments: