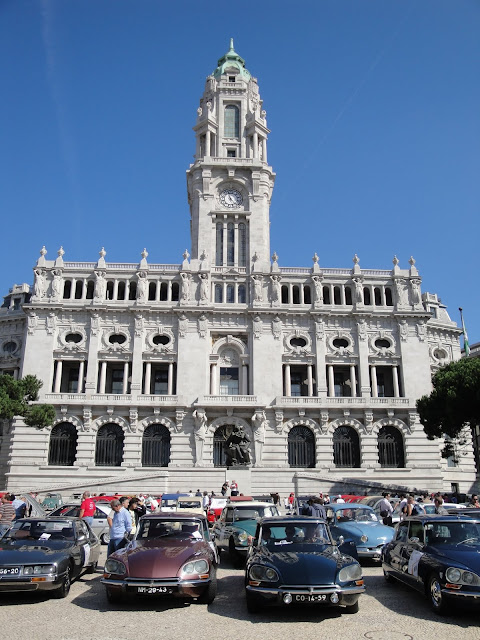 Viva la Citroen 2CV! We encountered the ubiquitous little French 'garden shed on wheels' so often in Europe that it became like an unofficial mascot of our travels. I've always held a soft spot for the Citroens - the Traction-Avant, the magnificent DS and the quaint 2CV. When I first began looking for a car the only car I could think of that I actually liked was the Citroen DS. I never found one however.

In Porto on Sunday 20 September 2009 we came across a rally organized by the Portuguese Citroen club. The rally started at the town hall where all the cars were displayed. A drive through the city followed. There were so many Citroens that the whole centre of the city was shut down - much to the frustration of other drivers. Here are some photos. 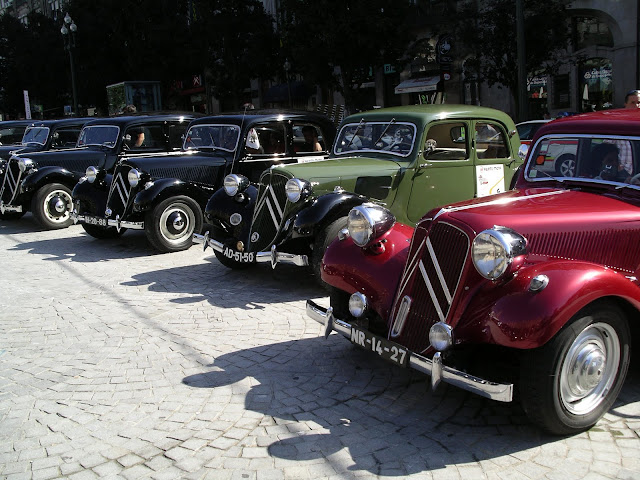 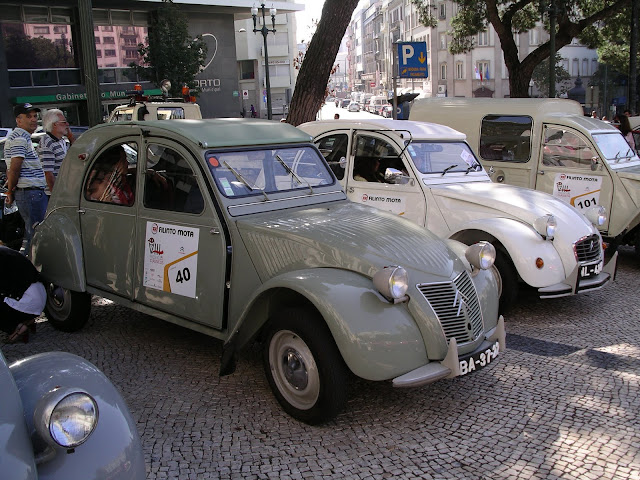 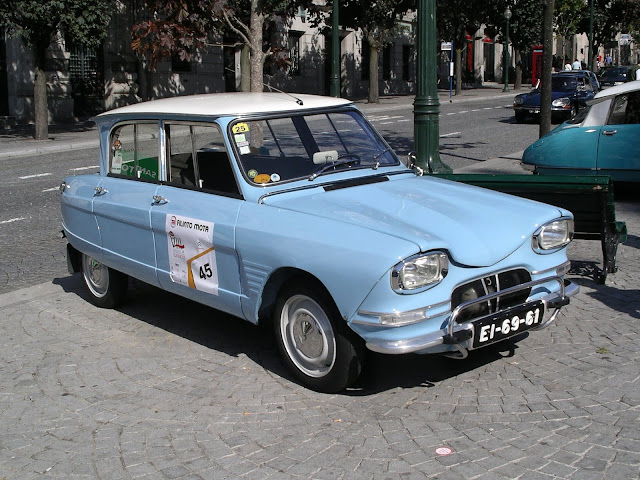 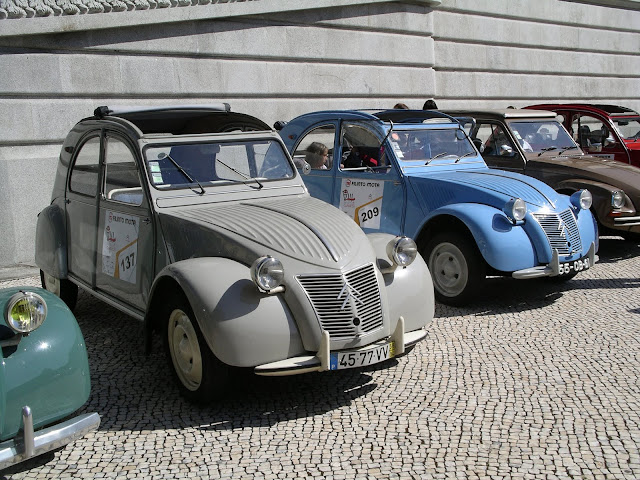 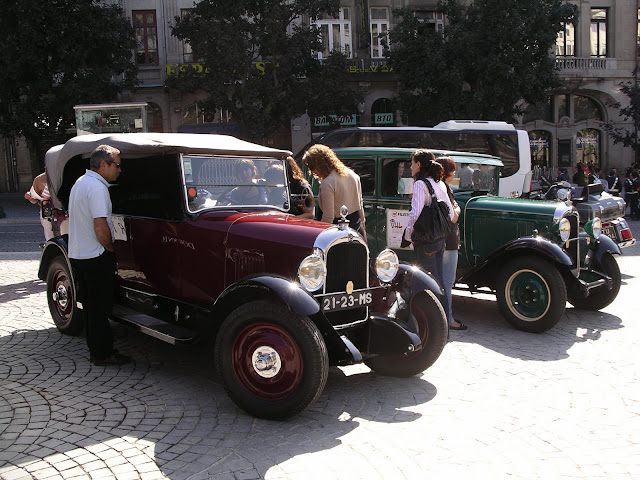 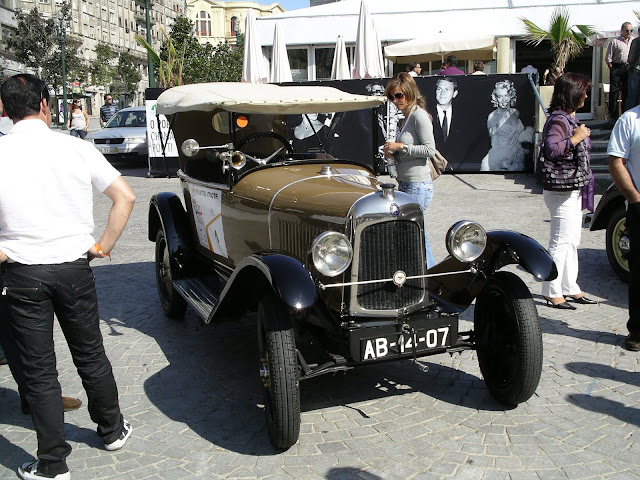 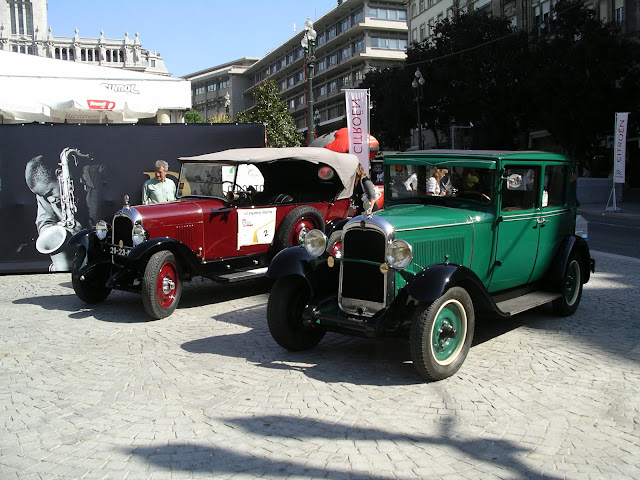 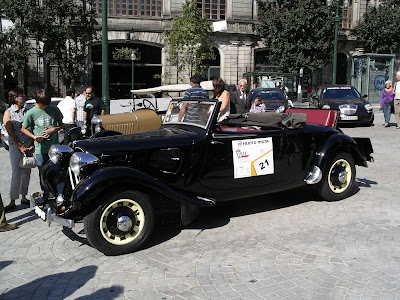 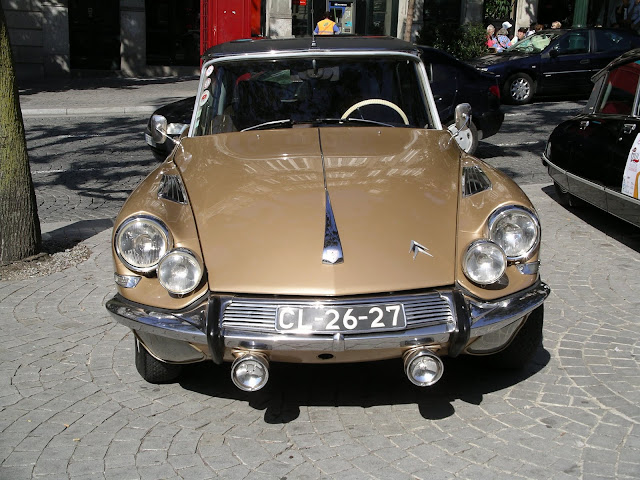 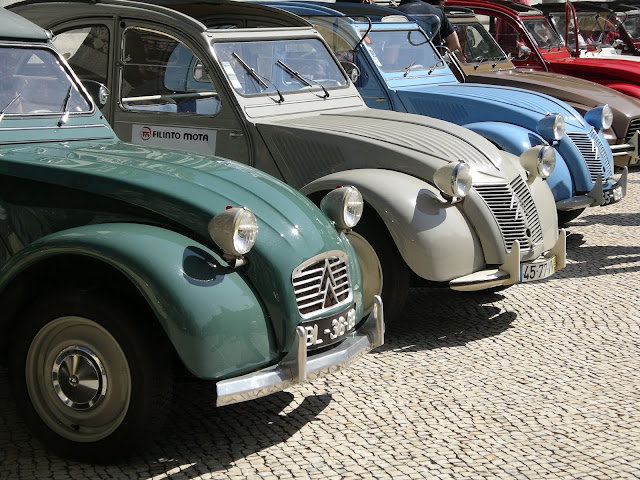 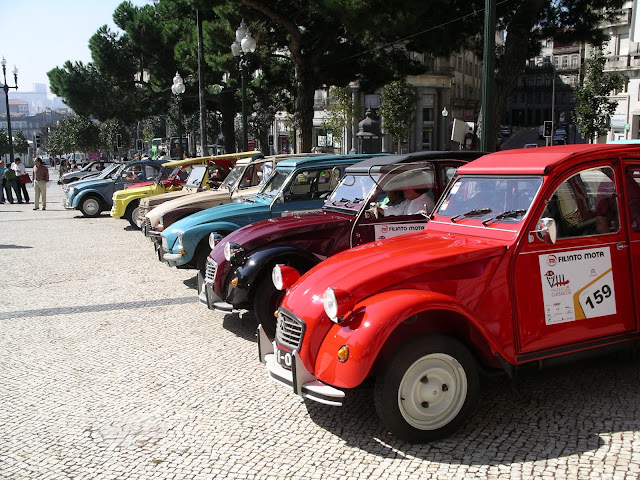 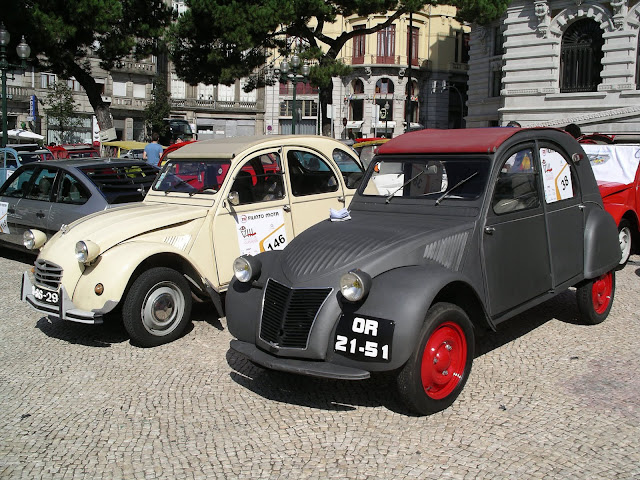 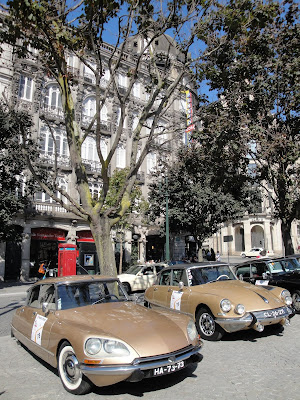 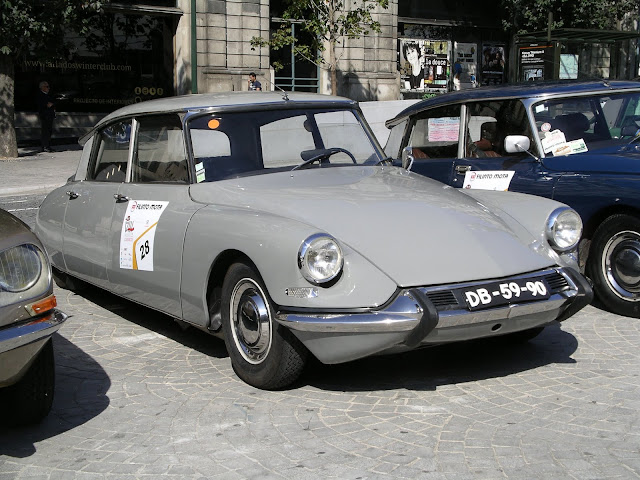 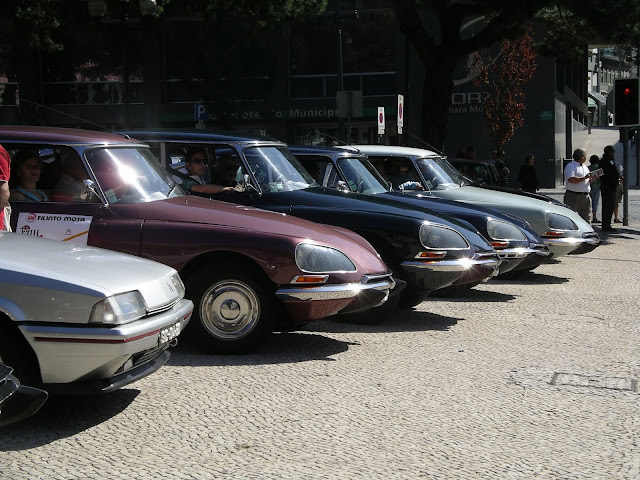 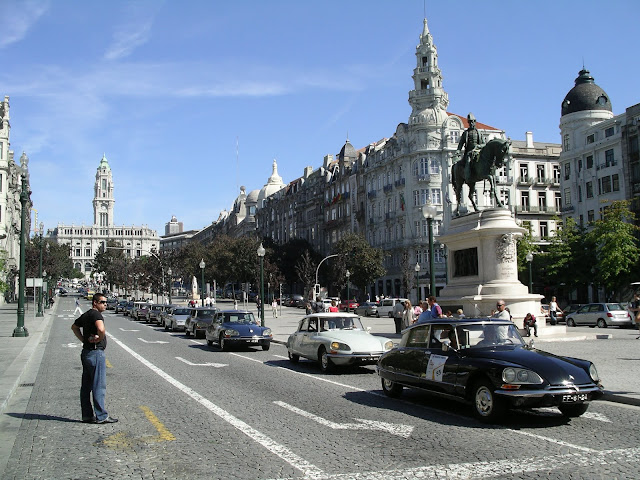 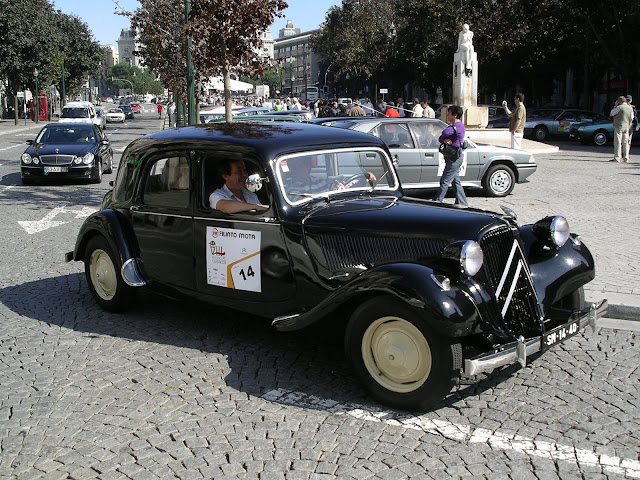 Email ThisBlogThis!Share to TwitterShare to FacebookShare to Pinterest
Labels: Citroen

The Ariel comes to life 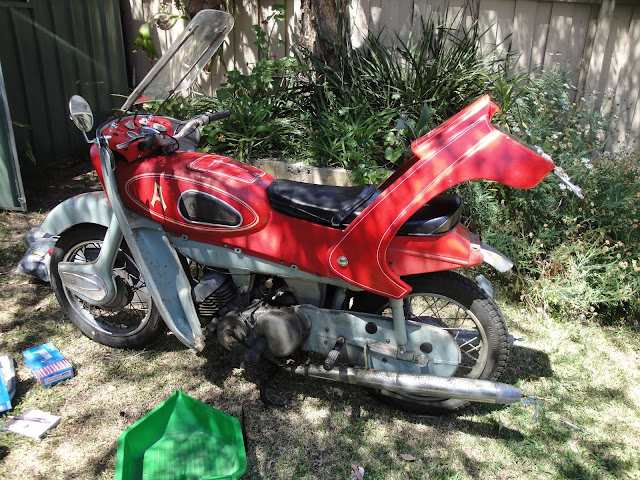 I bought the Ariel on the understanding that it was running, but of course the term 'running' is often used with a great deal of flexibility. I mean, I was told the Troll was 'running' when I bought it and she was pretty far from running. Maybe they meant the wheels went around?

After the first once over I installed the battery and tested the electrics. They all worked, which was great news. The next weekend (the Piaggio weekend) I removed the side panels and examined the engine. It all looked in pretty good condition. Someone had recently replaced the oil in the gearbox and I refreshed the oil in the drive train. I gave the petrol tap, carby and air filter a quick clean. When I was satisfied, I poured some petrol in the tank, switched on the ignition and ... nothing. Shelly gave me that dubious look that said "well, you will buy these things."

I went back and rechecked the electrics. While they were fully working a week ago, now they were stone cold dead. When I tested the headlight it lit up for a minute then quickly faded. The ammeter on the dash also said it clear - no charge. I tried kick starting on the EMERGENCY start setting but I couldn't even get a spark. I couldn't have been less surprised actually. This was like the Troll all over again. 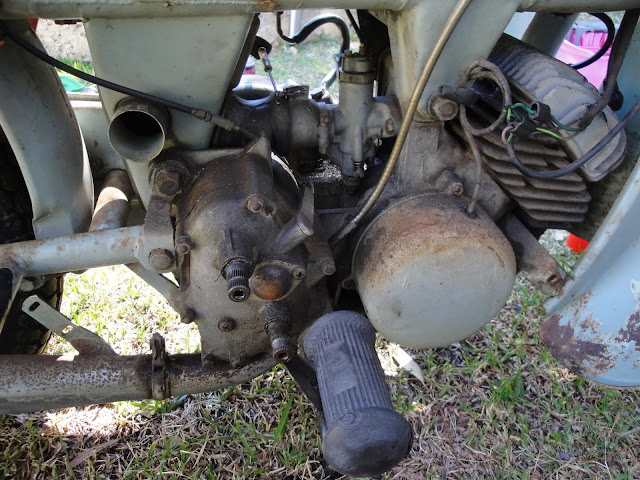 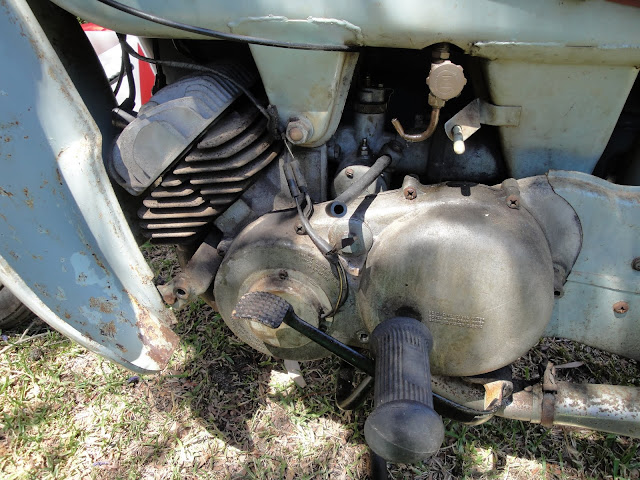 Here's a couple of shots of the engine just after I removed the side panels. The user guide says the side panels are easily removed by unscrewing six large screws. Yes, there are six large screws but you also need to remove the gear change and kickstart and then jiggle the panels over and around the footrests all the while trying not to damage any of the paintwork. The carby and its tickler is completely inaccessible without the panels removed. Someone really didn't think all this through when they designed this.

Monday morning I contacted Barry and asked his advice. Barry was adamant the bike was running and gave me a couple of tips to try. So on Saturday I started again.

After re-cleaning the petrol tap of more sludge the tap developed a fairly dramatic leak (obviously the sludge was performing some service!). Although I didn't have an appropriate gasket, I jury rigged a seal that did the trick. For the next couple of hours I fiddled with the fuel, the electrics and periodically gave the engine a spin. Despite my best efforts it would cough and splutter but just wouldn't catch. I knew I was close though.

On Sunday I tried again. I'd seen footage of a vintage Crocker being fired up on You-Tube and it gave me an idea. The engine had to be primed four times before the ignition was switched on. Then it jumped into life the first kick. New, the Ariel should only require two priming kicks before starting on the first 'live' kick. I wasn't expecting anything like that but thought I would try it anyway, so before each 'live' kick I did two soft prime kicks. Initially it made no real difference. For the first 10 minutes I sweated over the kickstarter and the engine sounded as lifeless as ever. But then it began to cough. It spluttered out after one or two revolutions for probably the next 10 minutes so I replaced the spark plugs and then ... Bang! She started. I was quite surprised at the sound of the engine - it was quiet and smooth.

After that first start the engine stalled a couple of times but it was never hard to restart. Sometimes it would even fire up on a 'soft' priming kick. I ran the engine for about 15 minutes before it was time to put her away. Here's a quick video of her running.