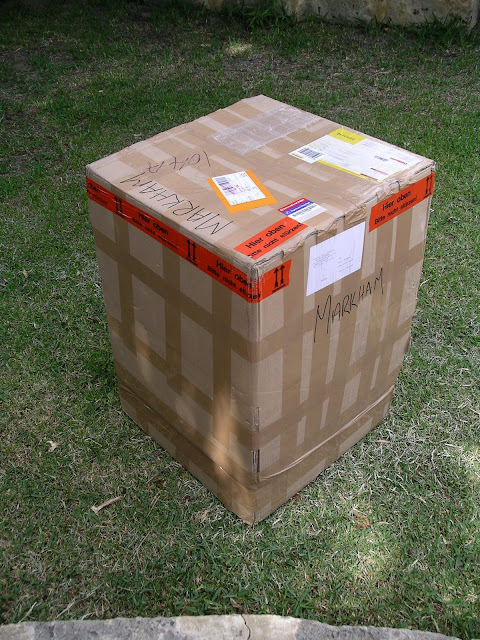 Over the past couple of weeks parts for the Heinkel have begun trickling in. Most were small, random items purchased through ebay; a rear wheel carrier and luggage rack, carburetter, condensor, throttle grips, etc. So I was a little surprised when I went to collect a package at the post office and was confronted with a box the size of a washing machine. The delivery from Heinkel-Club DE had arrived!! I must admit I hadn't expected the order to arrive so soon. Some of my orders from Germany have taken months to arrive. 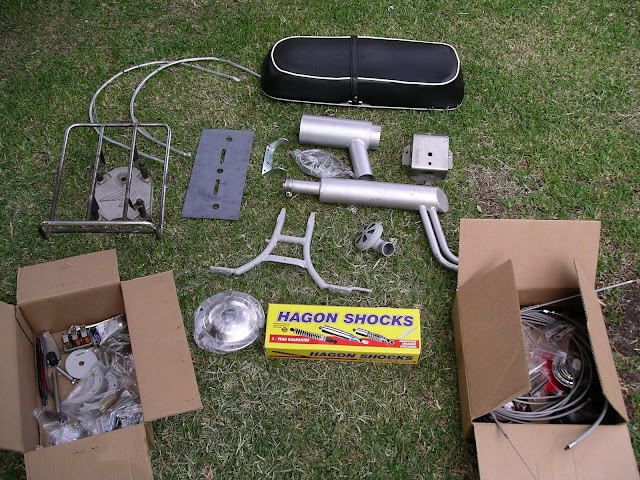 The post office kindly lent me their trolley to so I could get it out to the car - luckily I'd opted to drive rather than ride the Vespa as I normally do! I just managed to squeeze the box into the boot. Of course, like all packages, it was mostly space and filler, but deep inside were the guts of my Heinkel. As you may note from the earlier updates, the final order from Heinkel was both extensive and expensive, and yet, when relieved of the packing and spread out on the ground it didn't look like that much stuff. I haven't diligently ticked off every item, but the order does look to be all there. I won't go into details about what's there as I've covered that before, but even so I'm pretty sure that I've missed some critical parts which I will only discover when I'm putting it all together. Not much I can do about that I guess. 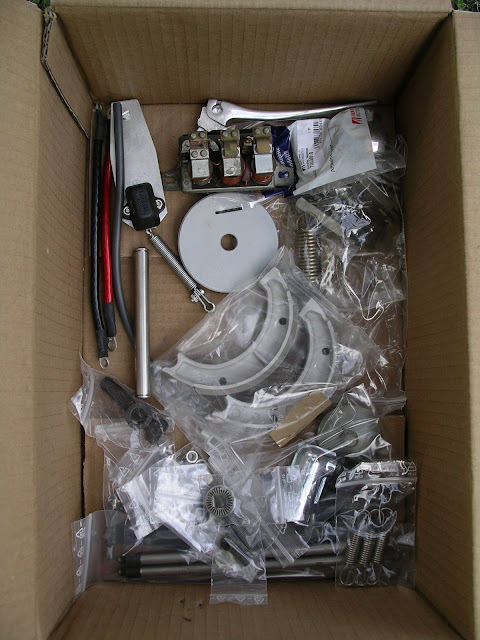 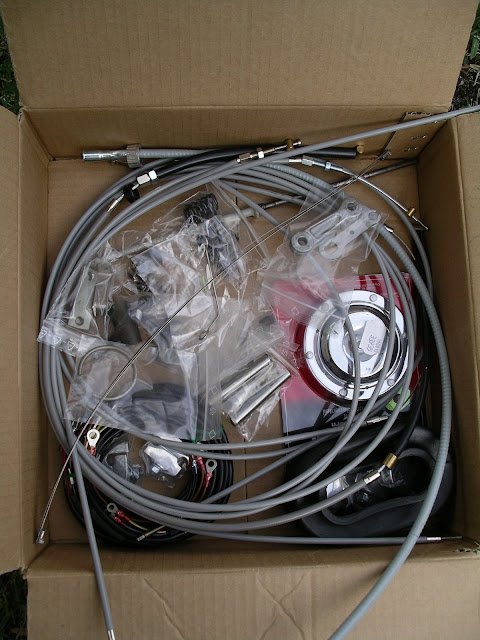 The Troll Update
I visited Ivo and Roberto at their shop today. Things have been rather busy for them lately as a shipload of scooters and parts have recently arrived from Italy. The Troll - such as it was - was little more than a jumble of parts stacked in a couple of boxes on a table. It was something of a shock to see it so dismembered, but the parts, such as they were at least looked cleaned, polished and shiny. The chassis and panels are all with the sandblaster and aluminium polisher and should be back shortly. It was time to talk paint. I've chosen to stick with the original colour scheme as much as possible - given that we can't actually match the paint job exactly. Ivo and Roberto will do the painting and then it's the reassembly. Both guys commented that the Troll was surprisingly modern in construction, especially the use of aluminium and fibreglass, and seems a very sturdy, solid machine. Quite a good rap for an East German vehicle. When I had dropped off the bike originally Roberto had slapped the MZ engine and said, "It's a very good engine, is like .... a donkey. It just goes." I'm getting very excited. I can't wait to see it when painted. I can't wait to actually ride the thing!
Here's a couple of shots 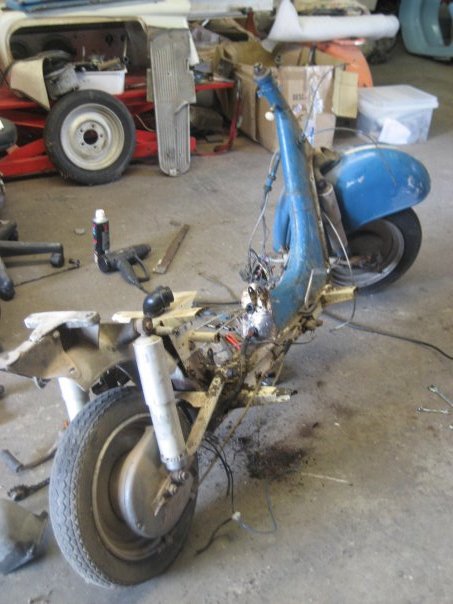 The Troll is stripped naked 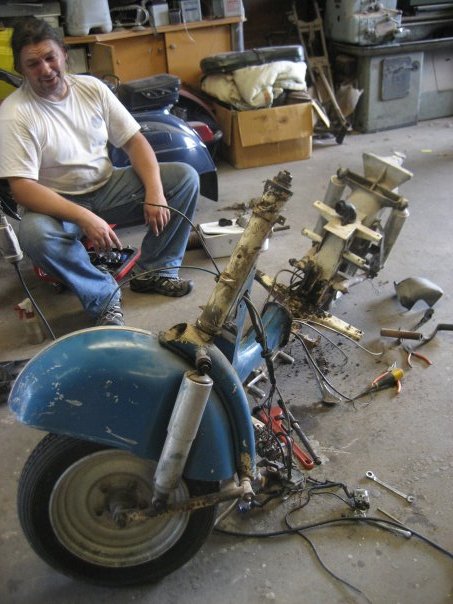