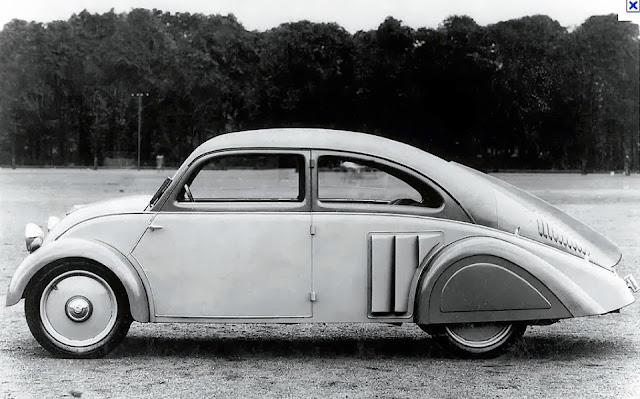 The 1930s was a time of fervent in the automotive world. Paul Jaray had been promoting the benefits of streamlining and wind tunnel testing for almost a decade, while engineering theorists such as Josef Ganz were espousing rear mounting as the most efficient position for engine placement. 1933 was the year that these ideas crystalized into a new generation of vehicles.

Standard Superior
In 1932 the Gutbrod company engaged Josef Ganz to develop his rear-engined designs for a small, budget passenger car. The result was the Standard Superior, which was revealed at the 1933 Berlin Auto Show. The car was constructed around a tube chassis, with independent suspension and wood and plywood bodywork. It was powered by a two-cylinder, 400 or 500cc air-cooled two-stroke engine, mounted ahead of the rear axle. 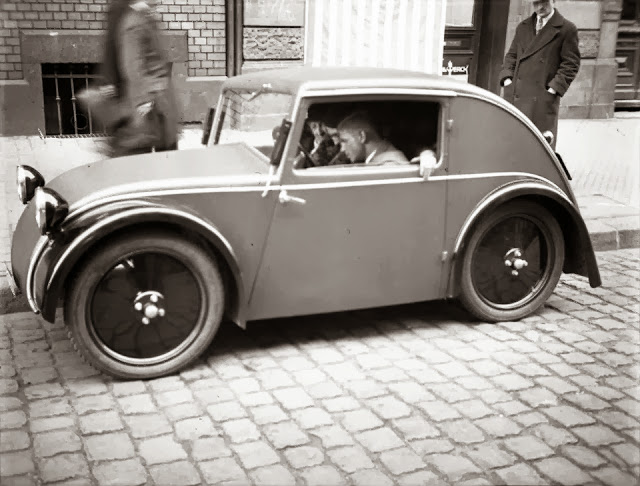 The Model 1 Standard Superior was very much a budget vehicle. The car could really only accommodate two adult passengers. Two children could be seated uncomfortably on a tiny bench seat above the engine compartment. 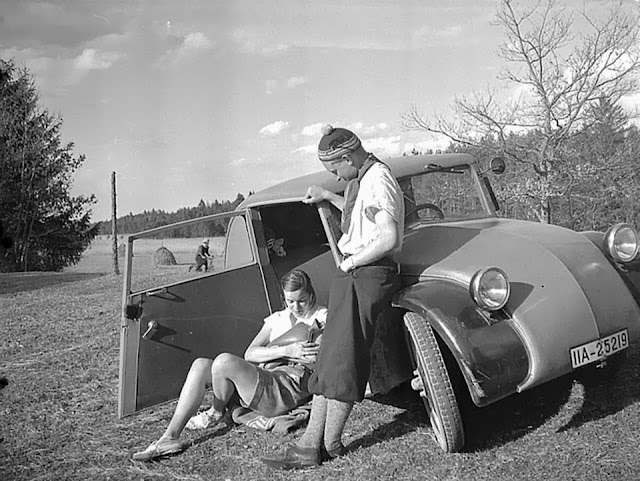 The later model 'Deutschen Volkswagen' included some improvements in styling and additional fittings, but the car did not sell particularly well. Only a few hundred Standard Superiors were built and only one survivor is known to exist today.

Hansa 500
Carl Borgward had developed his first motor vehicle in 1927- the blitzkarren delivery tricycle - and business just went from strength to strength. The blitzkarren soon gave way to the Goliath Pioneer, a small, rear engined tricycle car, and a range of tricycle commercial vehicles. When the Great Depression hit Germany and the big car manufacturers began to feel the pinch, Borgward was in a position to expand.  In 1932 he snapped up the struggling car maker Hansa and set about developing a new car suitable to the times. 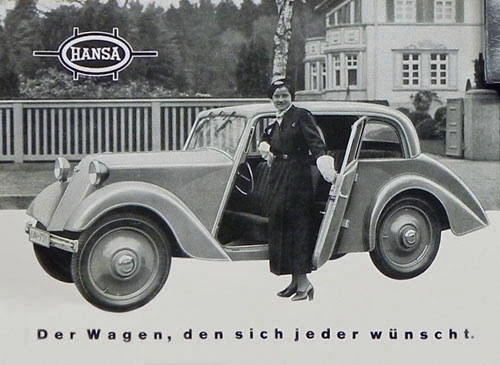 The result was the Hansa 500, also unveiled at the 1933 Berlin Show. Similar in concept and construction to the Standard Superior, the Hansa was built around a tube chassis, had independent suspension and was powered by a rear mounted 500cc air-cooled two-stroke engine. Although a budget car, the Hansa 500 able to capitalise on Hansa's heritage as a quality car manufacture, being better made and with better fittings that the Standard Superior. However, like it's competitor, it did not sell particularly well and was removed from sale after only two years. 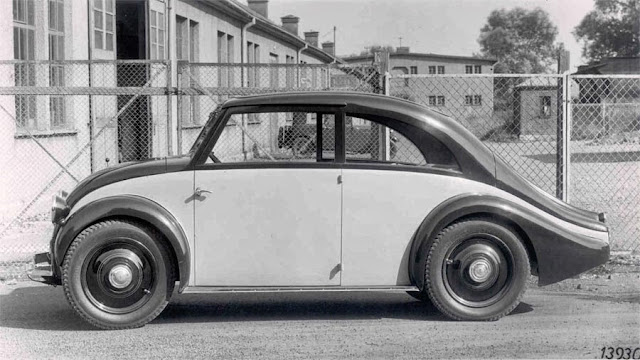 In 1931 Hans Nibel and Max Wagner built a rear engined small car for Mercedes-Benz. A handful of prototype 120H (for Heckmotor or rear-motor) were built in 1932 to test the concept. The 120H performed reasonably well and Mercedes-Benz made a decision to develop the concept into a production car. 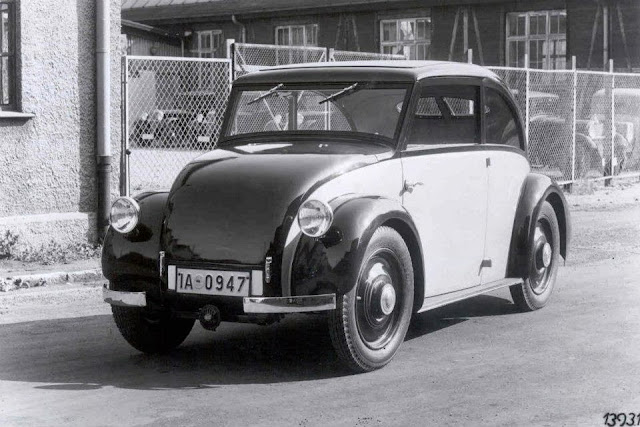 The 130H production model introduced in 1934 was larger than its predecessor and consequently was fitted with a bigger engine. The new engine, mounted behind the rear axle, changed the car's centre of gravity, giving the car poor handling. 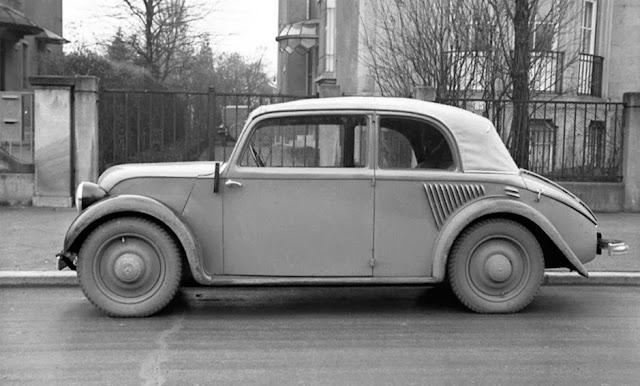 To improve the handling of the Mercedes-Benz 130, engineers "tun[ed] tyre and spring softness between the front and rear axles..." Later models improved the handling further. 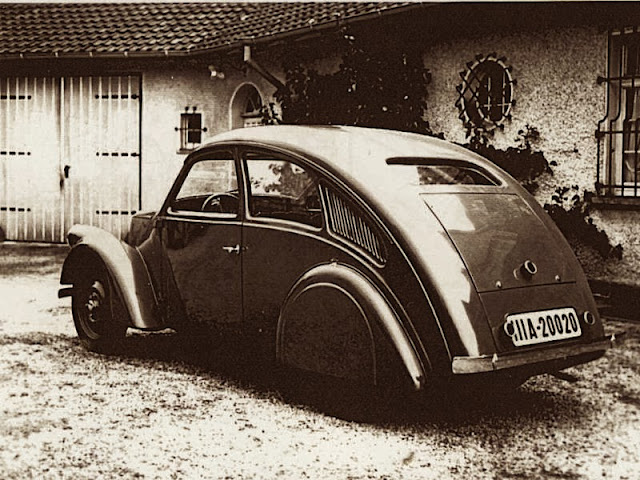 Porche's rear engined Zundapp prototype was still a long way from the Volkswagen. The three prototypes trialed three different air-cooled engines - a Zundapp five cylinder radial, a two-cylinder two-stroke, and Porsche's own flat four boxer. None of the engines performed particularly well and the project was cancelled.

After Rasmussen was fired from Auto-Union in late 1933, design duties at DKW were assigned to a new group design team that pooled resources from all four Auto-Union companies. Horch designer, Hermann Ahrens, designed the streamlined bodywork that was manufactured by the DKW karroseriewerkes at Spandau. 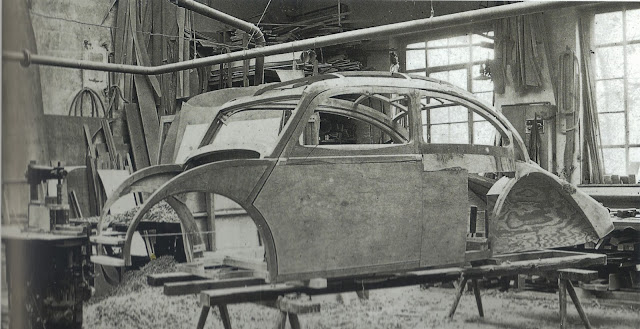 In accordance with standard practice, the body was constructed of wood with plywood paneling covered with leatherette for weather proofing. The result was very impressive with its long, curved roof-line and sharply curved bonnet. The car was not dissimilar to the Tatra v570 prototype being constructed in the greatest of secrecy in Czechoslovakia. 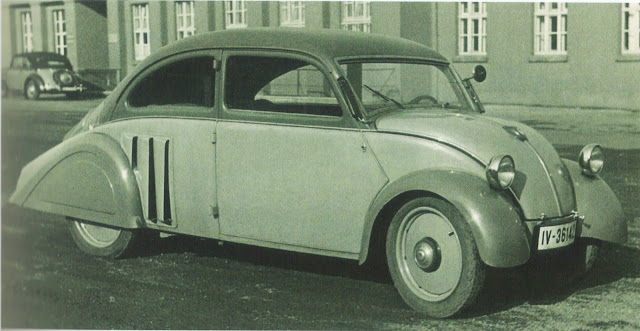 DKW's history of building a front-wheel cars allowed them to easily implement the rear-engine, rear-wheel drive concept. The chassis was adapted from a DKW F2 meisterklasse as was its 600cc two-cylinder water-cooled two-stroke engine. DKW's little engine and gearbox was easily adapted for the job. Gear change linkages however did require a little more work. A floor mounted gear change adapted from DKW's rear-wheel drive 4=8 model was used. 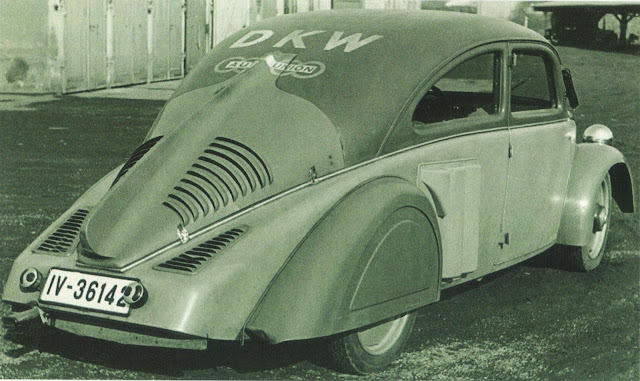 A long, distinctive metal engine cover with cooling vents concealed the engine. Cooling the radiator proved to be a problem however, which is of course why most of the rear-engined car concepts featured air cooling. Additional air scoops were opened in the sides to facilitate air flow. Eventually a fan was added, a design feature that would later be used on the DKW F9 to cool its rear mounted radiator.

The car was used in a number of trials and many important lessons were learned, including proving that you could build a curved, streamlined car our of wood. But DKW never felt that the rear-engined concept was worth pursuing and only the single prototype was built. The car was used for a few publicity photographs before being mothballed with other experimental vehicles, all of which were lost in the war. 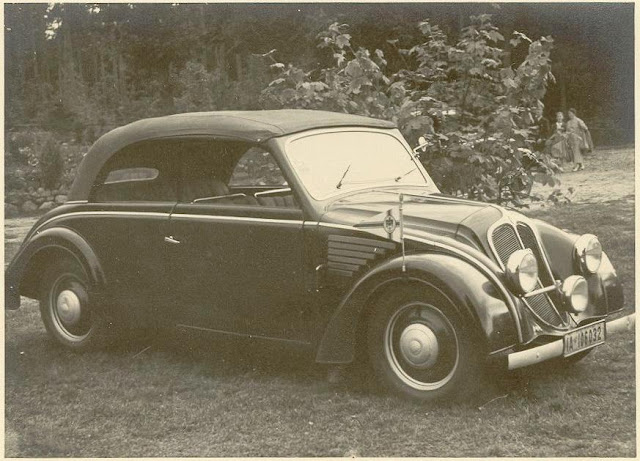