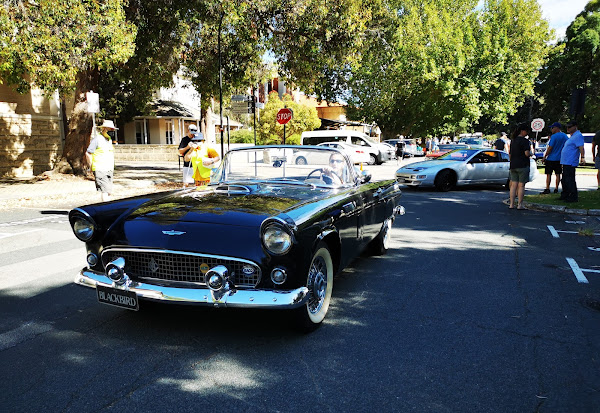 Thankfully, after the State Government's idiotic Covid lockdown for Christmas and New Year, the guys at Classic Cars and Coffee managed to get approval for a New Year's event. The fun police were very concerned that there would be no dancing. 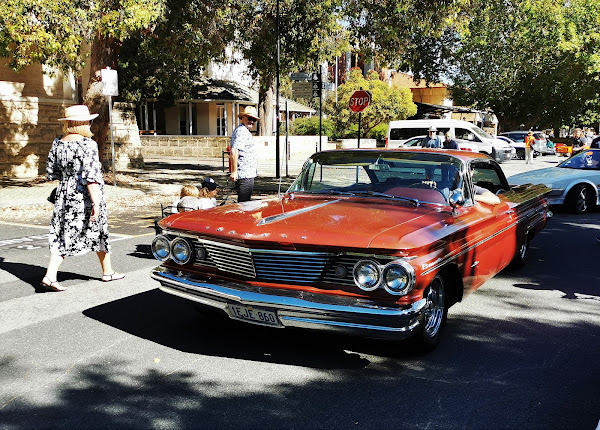 The end of year event is always huge, despite the fact that many people go away over the break. I arrived a little after 8am and had to park in one of the overflow carparks. Just after I arrived they had to close the gates as the carparks were full. 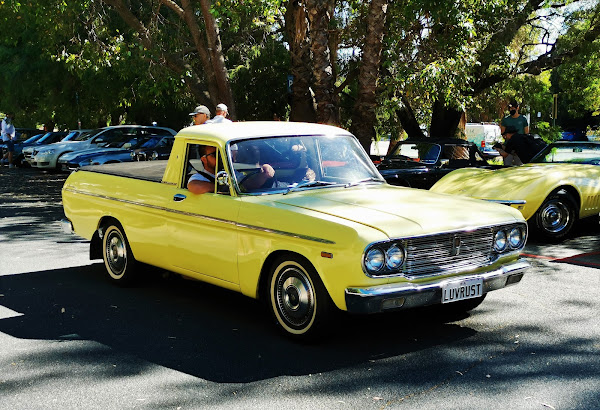 The weather in Perth over Christmas has been excessively hot - peaking at 46 degrees celsius on Christmas Eve! Temperature had dropped to a milder 36 degrees by New Year's Eve, but even so the light was extremely bright which has washed some of the colour from my photos. 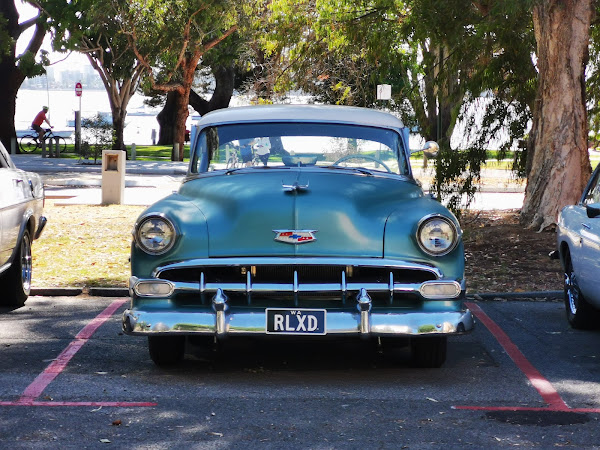 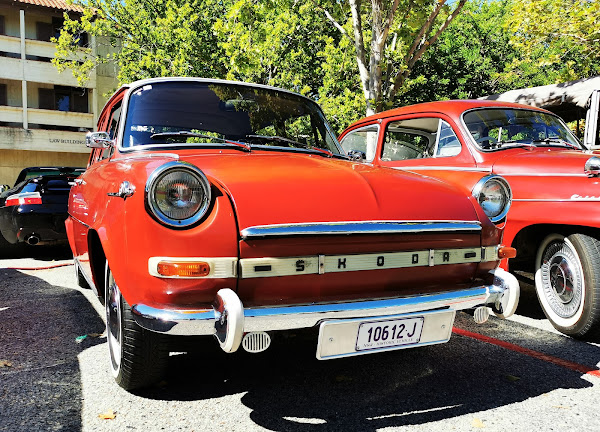 A newcomer to Perth and my favourite car of the day - Skoda 1000MB. The Czech industrial concern, Skoda, took over Tatraplan construction in 1951 and the experience must have given them the idea of building a rear engine budget car. The result was the 1000MB, which was powered by a four cylinder, transversely mounted, water-cooled engine in the rear. The car is reminiscent of the French Renault 8 or 10, but is better looking in my opinion. 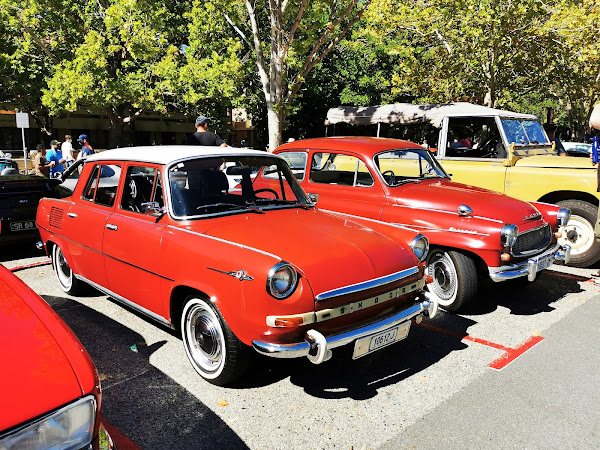 This car was originally part of the Gosford Museum collection. I was actually interested in buying this car at the time of the auction, but I had my hands full with my 1953 DKW project so thought better of it. 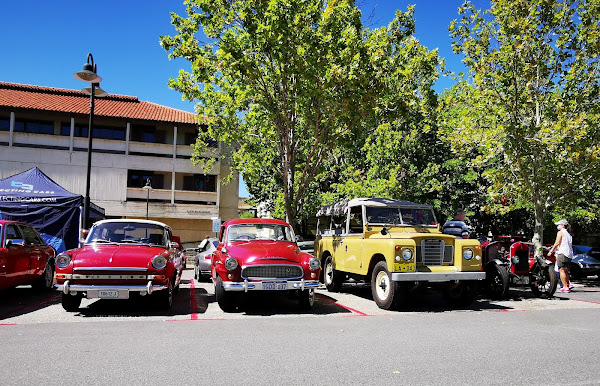 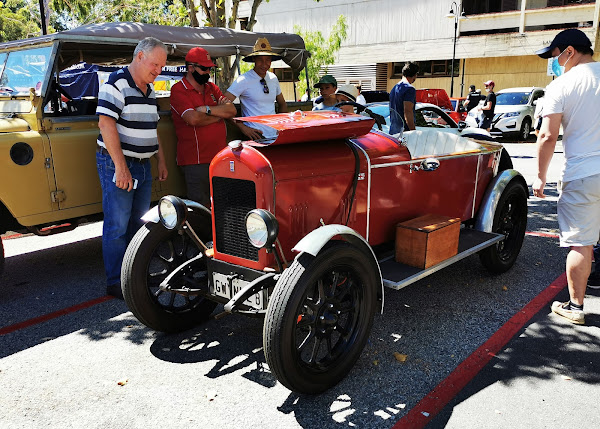 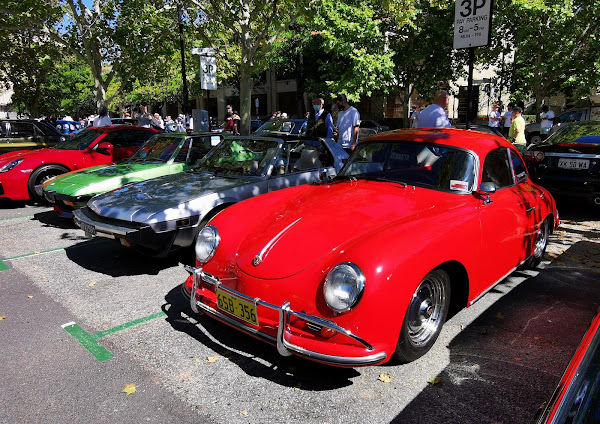 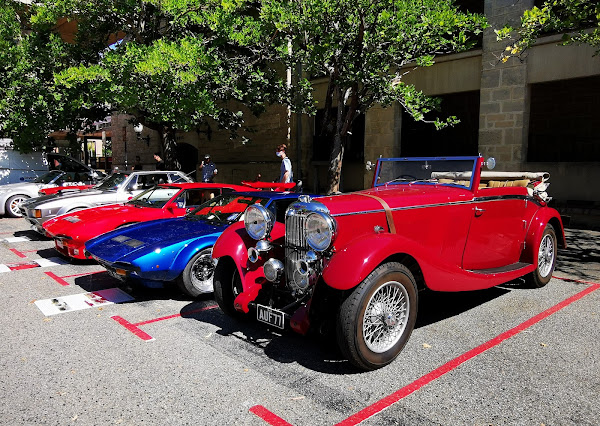 1934 Lagonda and a trio of Tomasos 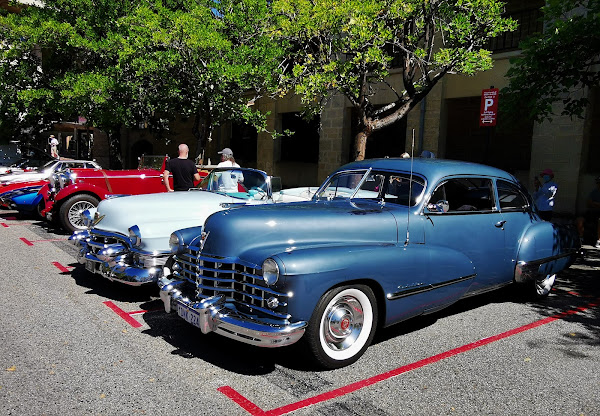 A quite lovely Pontiac 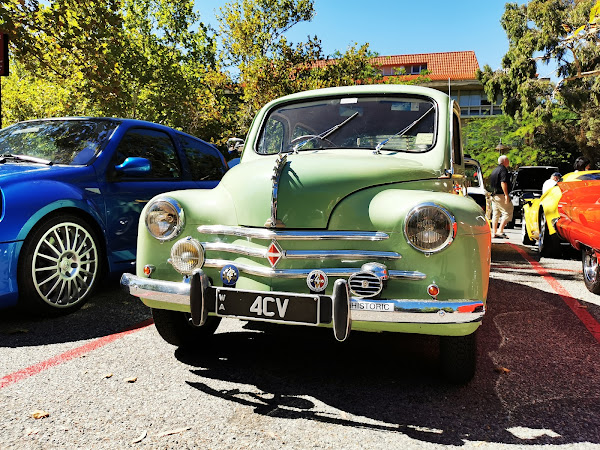 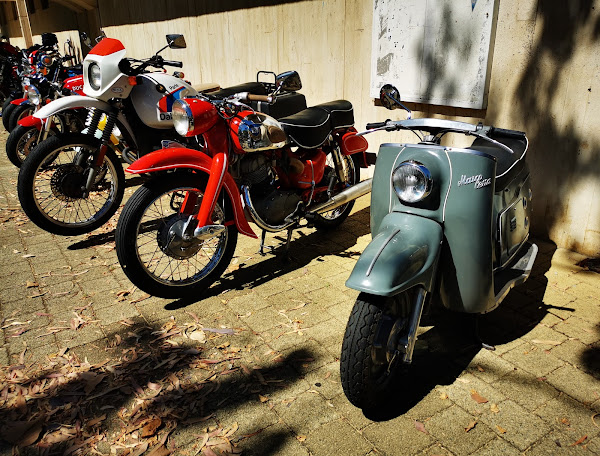 Another newcomer to the show and what a machine! 1953 Maicoletta German motorcycle manufacturer, Maico, built the absolute king of large touring scooters with the Maicoletta. It is powered by a 250cc single cylinder two-stroke engine. The starter is rather unique - and I still don't fully understand how it works. It has a pendulum starter which rocks the engine back and forth and then fires the ignition. Maico believed it was so reliable that they never fitted the Maicoletta with a kick starter, so if the pendulum starter failed (as it was want to do over time), you could only get the scooter running by push starting. 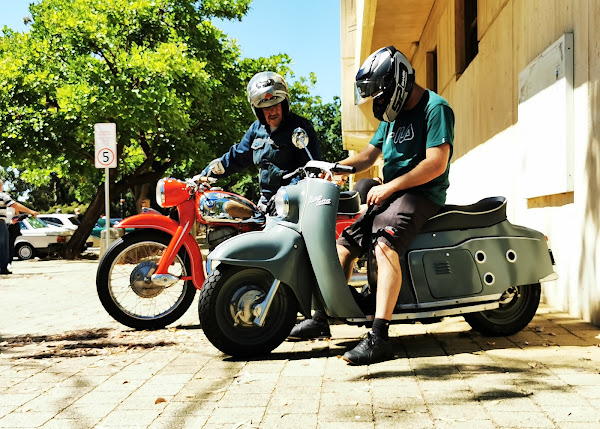 I mentioned the pendulum starter earlier... well, of course, when people are watching it decides to play up. 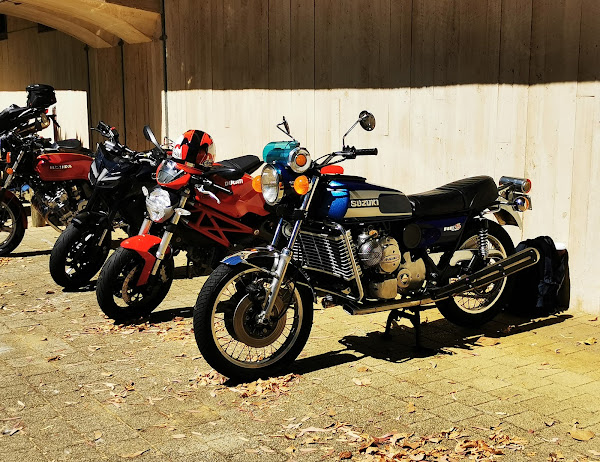 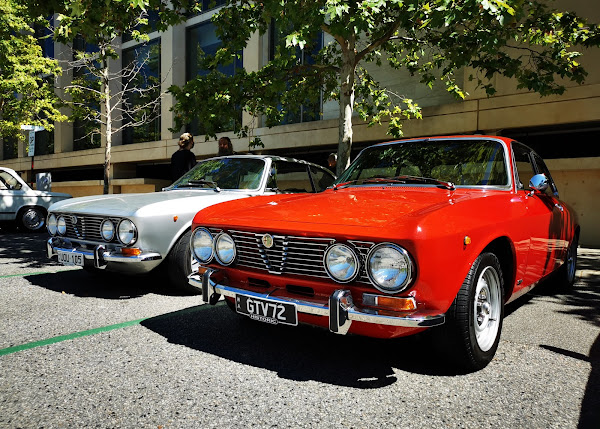 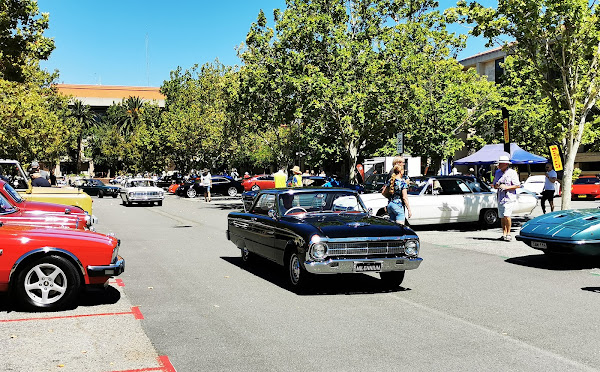 By around 10am the heat was beginning to build and it was time to hit the road. 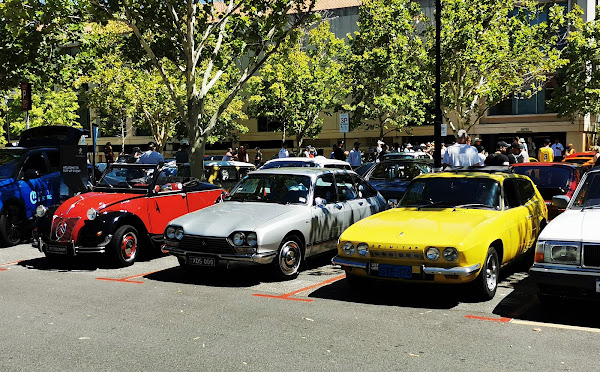 The next Classic Cars and Coffee is on 6 February 2022.