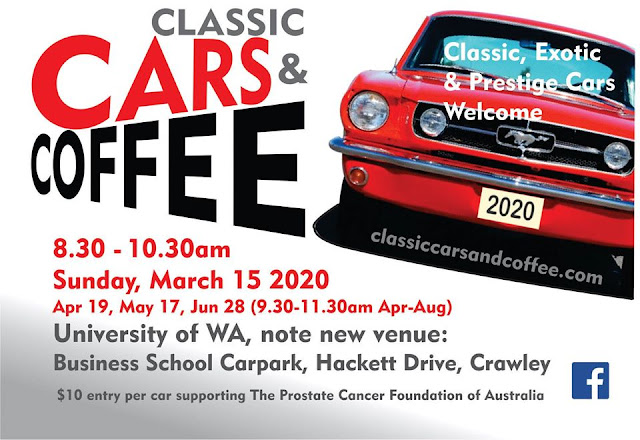 After a hot, humid and sunny weekend for the Classic Car Show, the unseasonable storms returned over the weekend of 14th and 15th March. On top of that, due to the corona virus crisis, on Friday 13th March the government announced that all events with more than 500 people in attendance were cancelled/banned from Monday 16th March. Classic Cars and Coffee was never likely to have that many in attendance due to the weather, so it went ahead anyway. Fortunately it didn't rain. 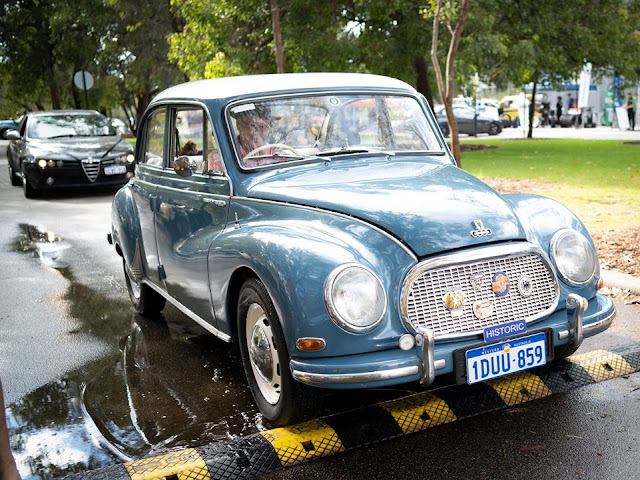 I arrive in my 1959 DKW F94, photographed by my friend Ross Morgan. 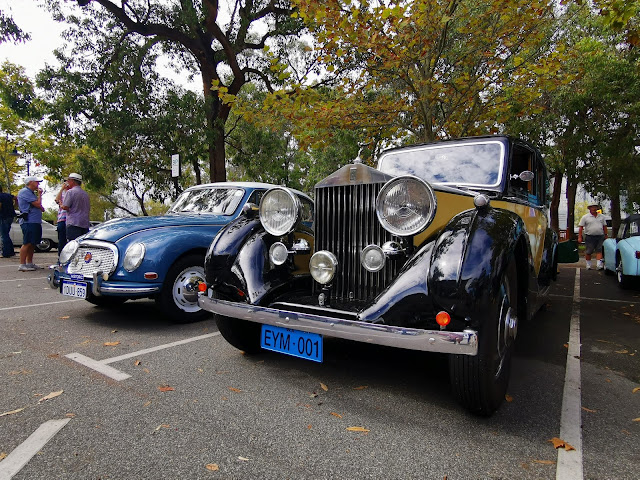 Numbers were down so I had my pick of spots. I chose this esteemed company. 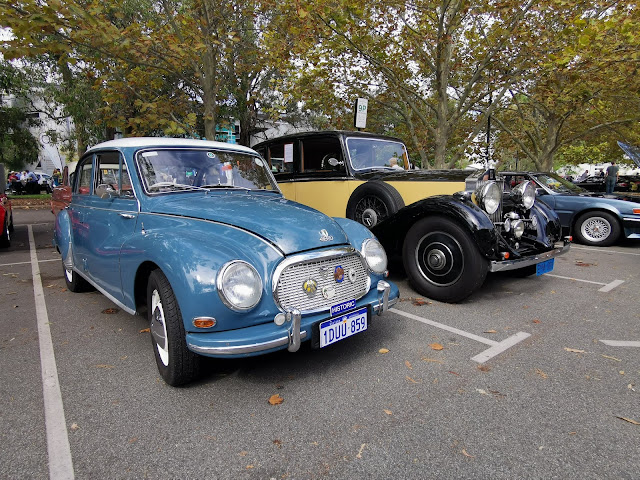 It was interesting to meet a German fellow from Bavaria who told me he'd had a DKW in Germany. 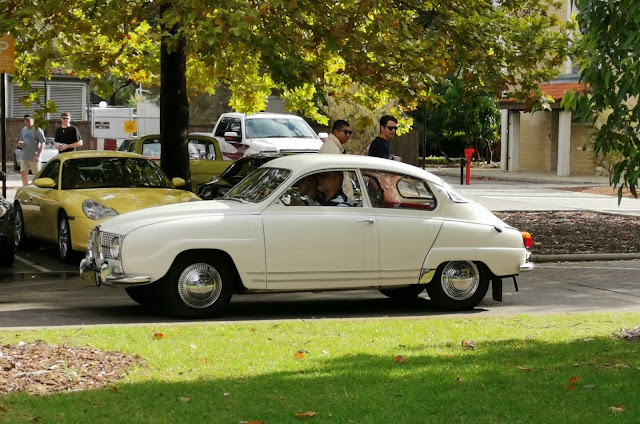 A fellow two-stroker, the Saab 96, arrives. 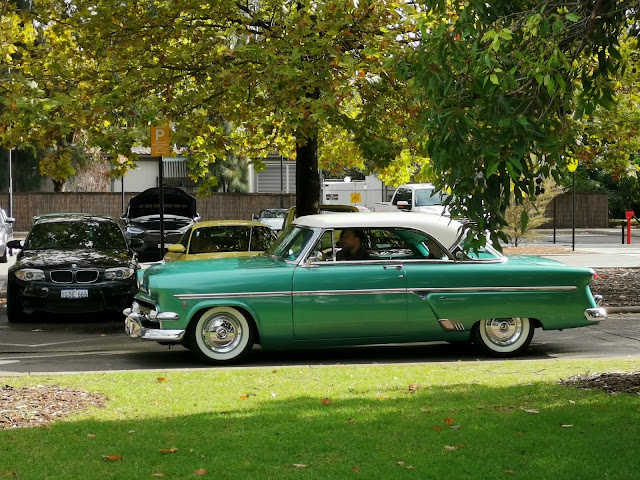 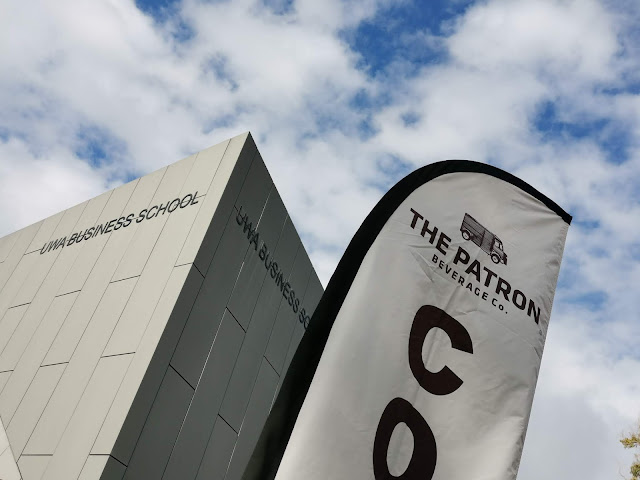 At least there were no queues for coffee 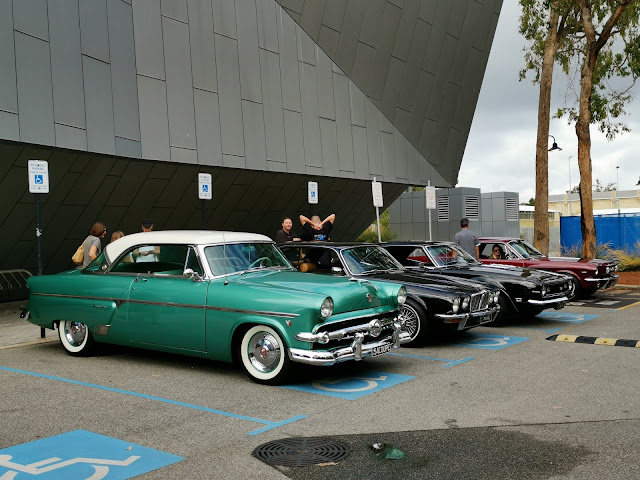 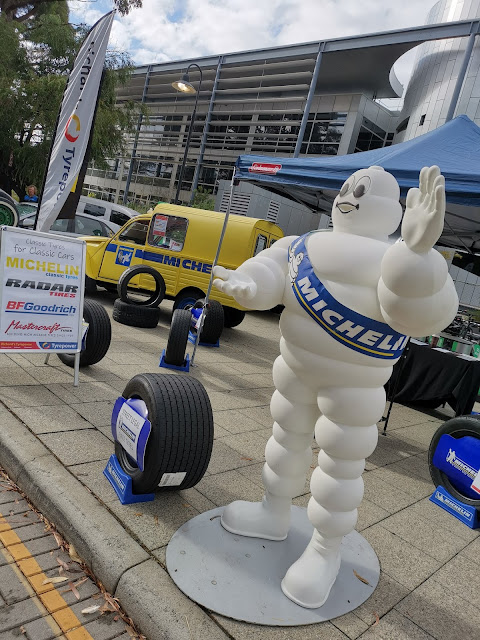 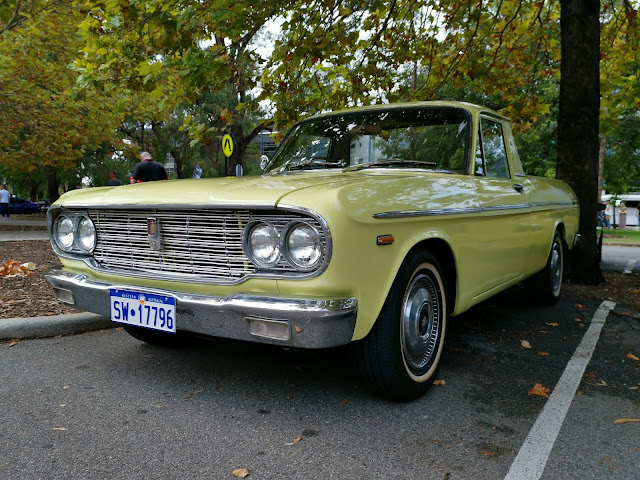 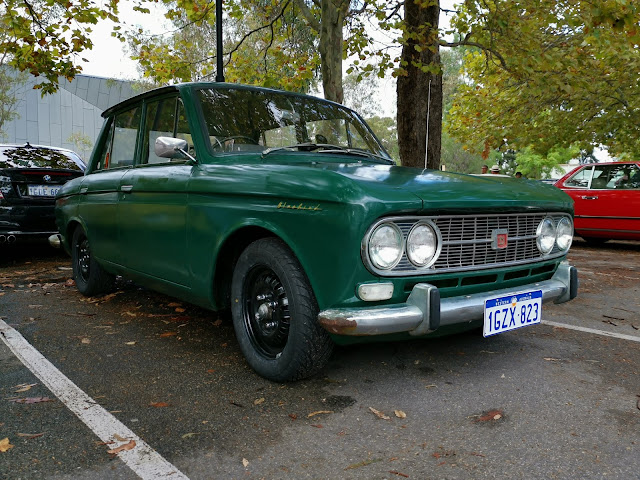 1958 Datsun Bluebird. This was my first car and I have fond memories of it. It was styled by Pininfarina of Italy. 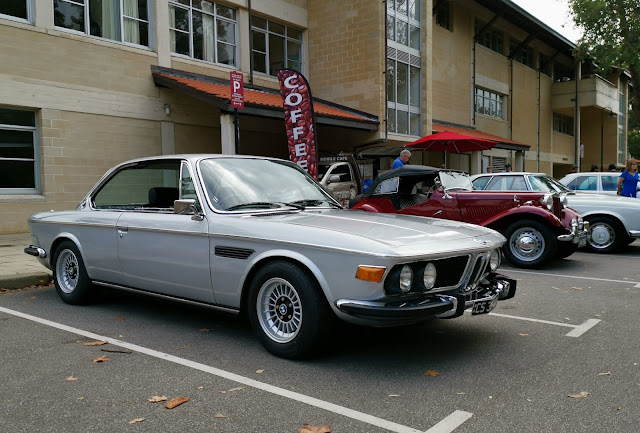 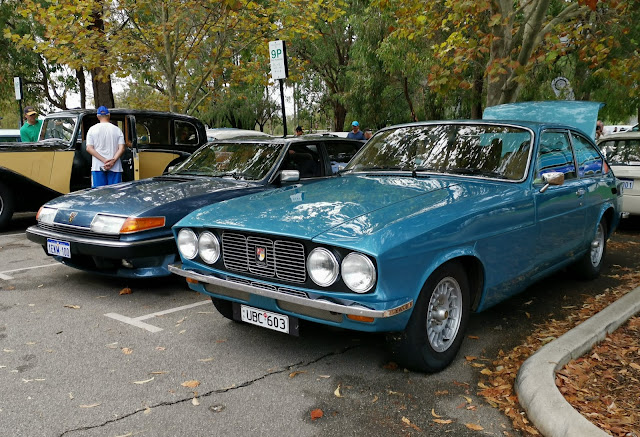 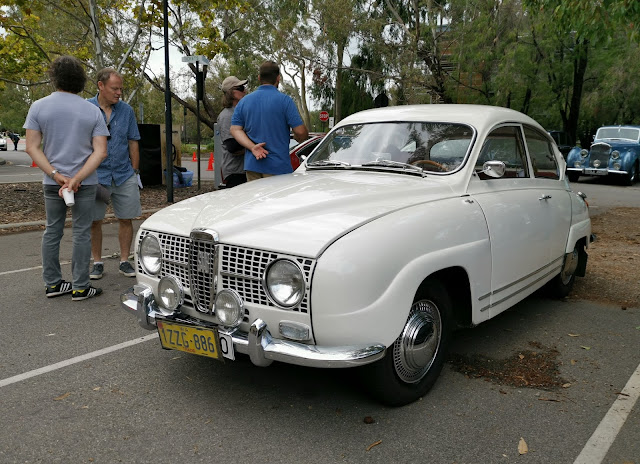 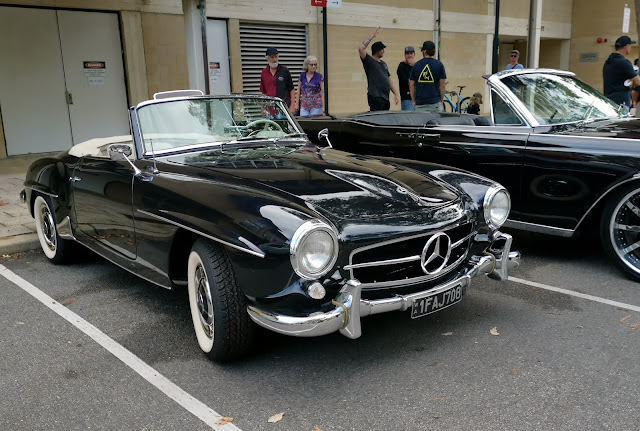 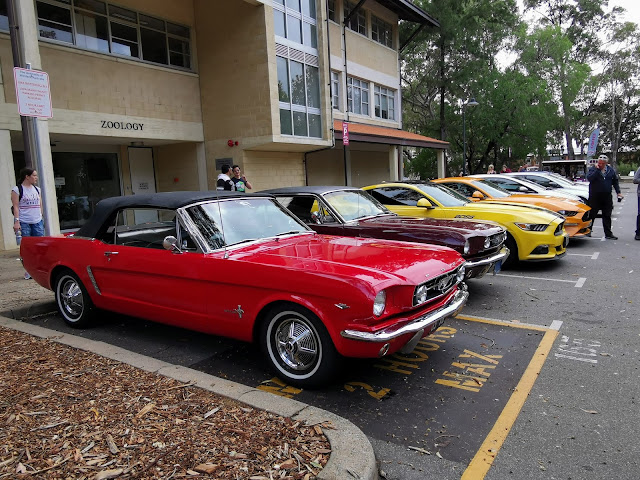 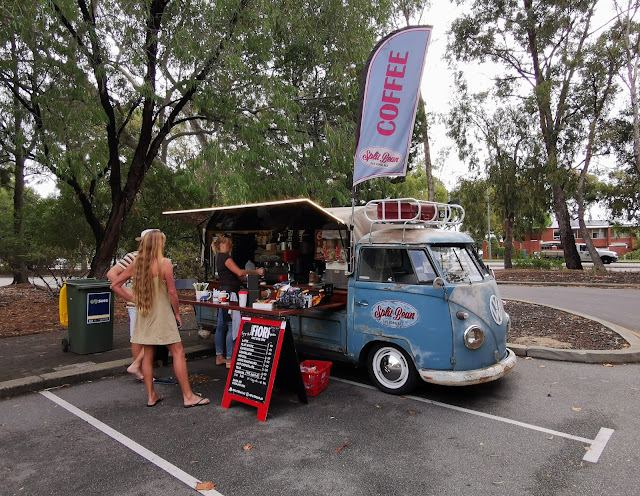 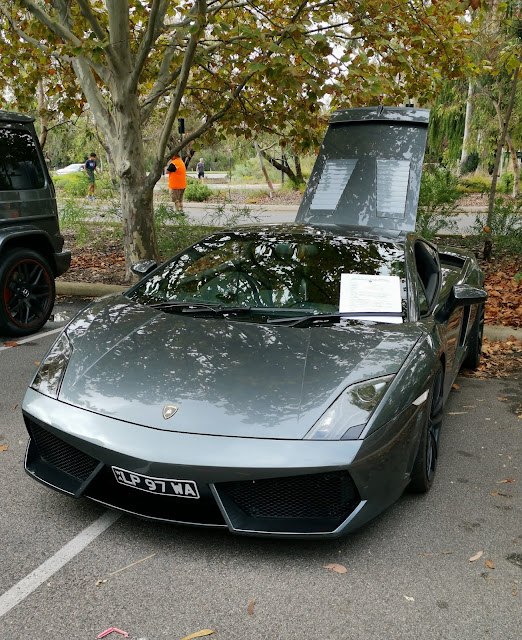 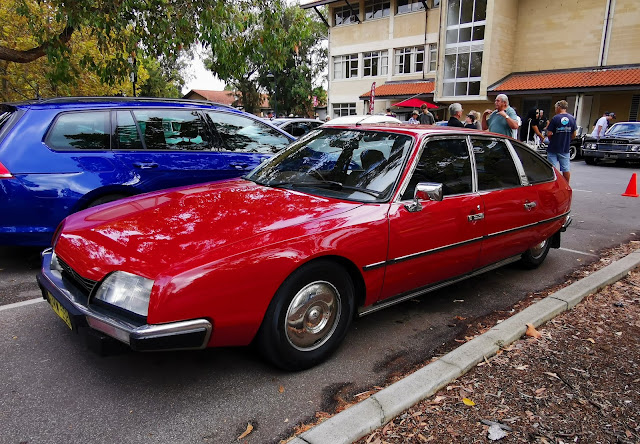 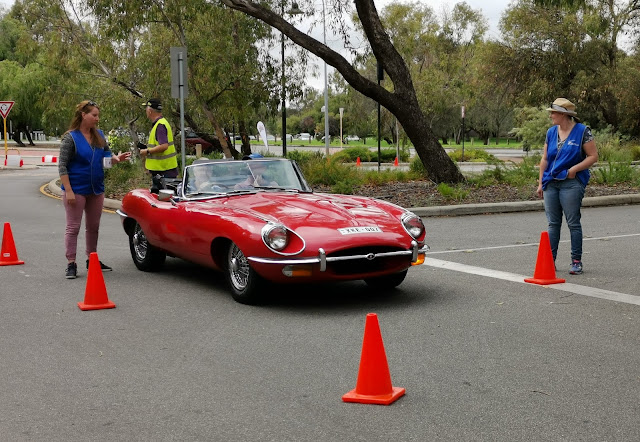 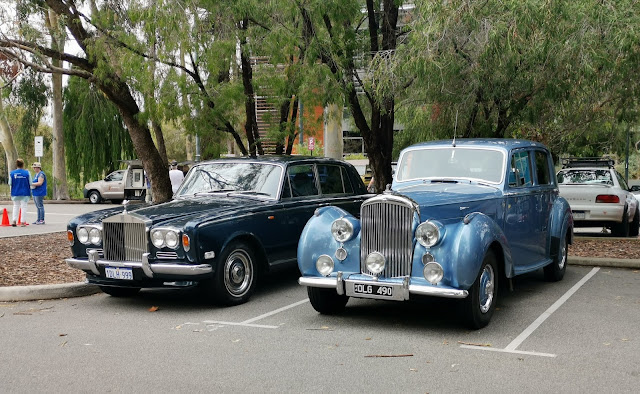 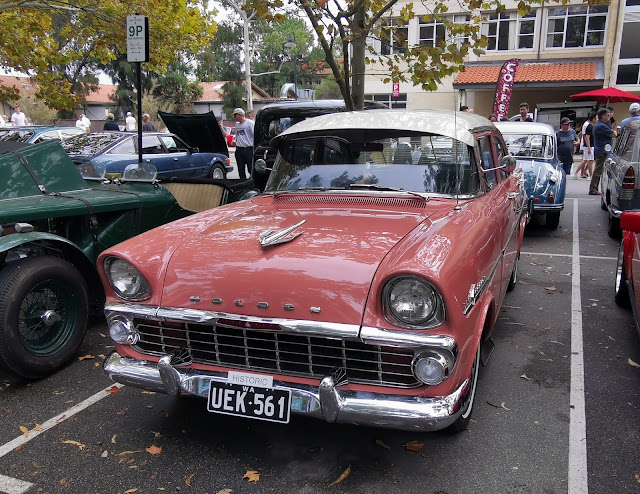 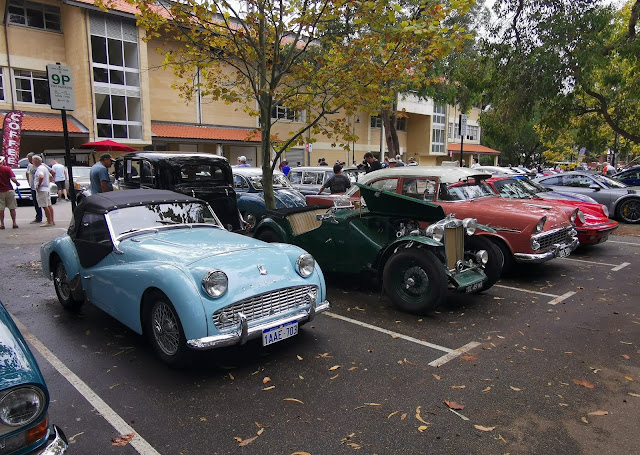 Classic Cars and Coffee always draws a variety of vehicles. 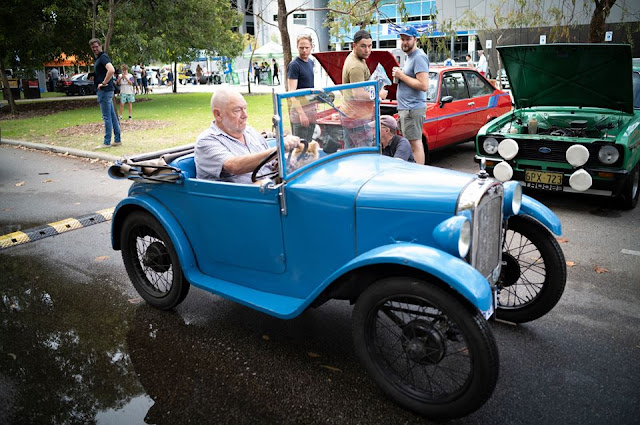 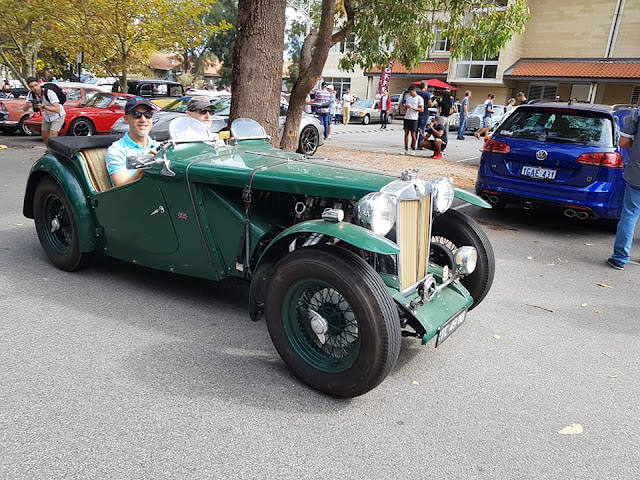 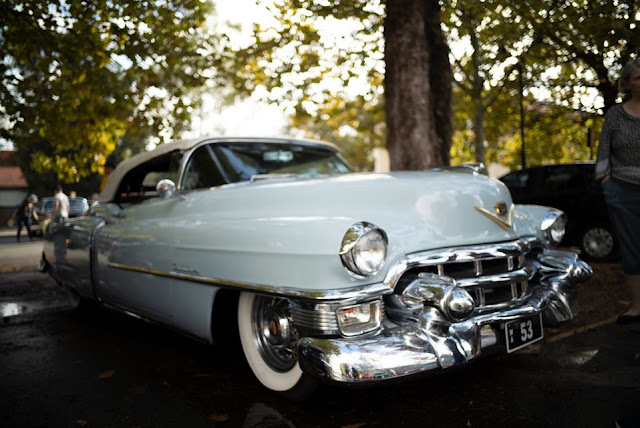 The next Classic Cars and Coffee is scheduled for April, however, the virus situation is still very fluid, so please keep a watch on Facebook or the website for updates.
Posted by Paul Markham at 6:19 PM